“An athlete should have no taste buds”..Nutrition expert Ryan Fernando 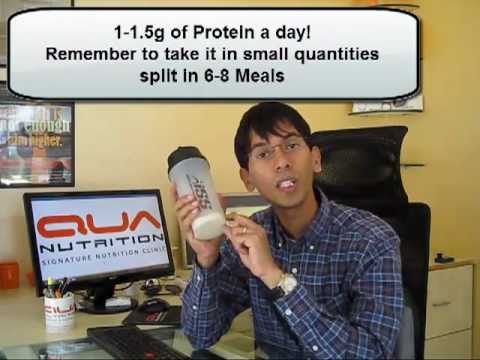 Squash took a back seat for a brief while at the ISA academy in Chennai on Sunday with renowned nutritionist Ryan Fernando taking over the centre stage (read Centre court) for a presentation and a lecture on ‘nutrition strategy to make you a champion.’

Expectedly the target audience – the players and their parents -- were only extra keen to grab all the finer points from an expert, who has the fame of advising such well known sports persons like Olympian Sushil Kumar, badminton star Saina Nehwal, cricketers Shikhar Dhawan and Robin Uthappa  and current squash sensation Harinder Pal Sandhu, among others.

It was a gripping session considering the eagerness to learn on every aspect of a child’s sporting career being discussed  from what age to start a special food regimen to how many litres of fluid was needed for various ages.  Startling with the advice that “an athlete should have no taste buds” to being a little different from a normal child, Fernando had his listeners glued to him even as some parents kept jotting down in note pads what fresh inputs they could get to help their child to better results!

What came as a revelation to many was the stress on ‘eight times food intake’  which was necessary for the young player because as  Fernando put it, “you have to eat not only to grow but perform as a sportsperson.”   Of course he elaborated that the intake he was insisting was not ‘meals’ in the general sense but supplements of various nature from fruits, eggs to nuts to keep the calories intact for the stress involved on the courts.

Basing his theme on the adage that ‘nutrition is the secret of a winning edge’, he said this key aspect of a sports training had largely been given a low priority in India for too long. Things have been changing and for the better and prime example is how the leading sportspersons of the country have been seeking nutrition advice.  “Abroad there are examples of a team having not one but many to ensure high performance levels,” he said.

According to Fernando  the increasing trend for seeking specialized expertise is a reflection of the changing times in sports as such. Time was when sports used to be more a means to keep the children competitively fit but parents today are not averse to children concentrating on sports career because a successful sportsperson is an institution and a popular attraction for sponsorships.  Many a sports person has shown what success in a chosen sporting discipline could bring in returns.

For one who during his post graduate studying days in Goa, would peep out from the laboratory to watch footballers in action and wonder how their career could be made free of injuries or less miserable, Fernando has come a long way in his career as a savior. And, it was not only sportspersons who seek him but other celebrities too. Currently he is working with Cine star Aamir Khan, ever the perfectionist, who has a specific role in hand for which he needed good professional nutrition advice.

Not surprisingly once Fernando wound up his lecture he was swarmed by parents with their wards in toe, for a more personal advice on the body-mass index and other parameters taken in the day. As they say nobody wants to peg their goal to anything less than a champion!