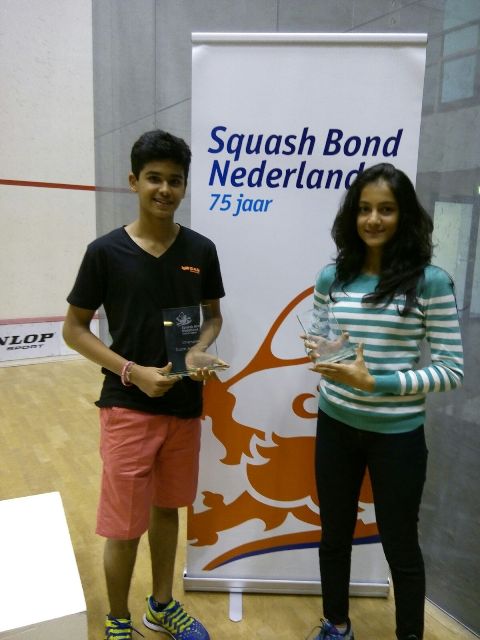 After making an impact in the Pioneer Cup junior event earlier in Germany, two Indian players made decisive gains in Netherlands.  Tushar Shahani in the boys’ section  and Navmi Sharma in the girls, both U-15 players, did themselves proud by  reaching the title round at the event.

What is more, Tushar went on to win the boy’s title beating an English player Oscar Beach in the final and give Indian squash image a fresh boost in Europe.