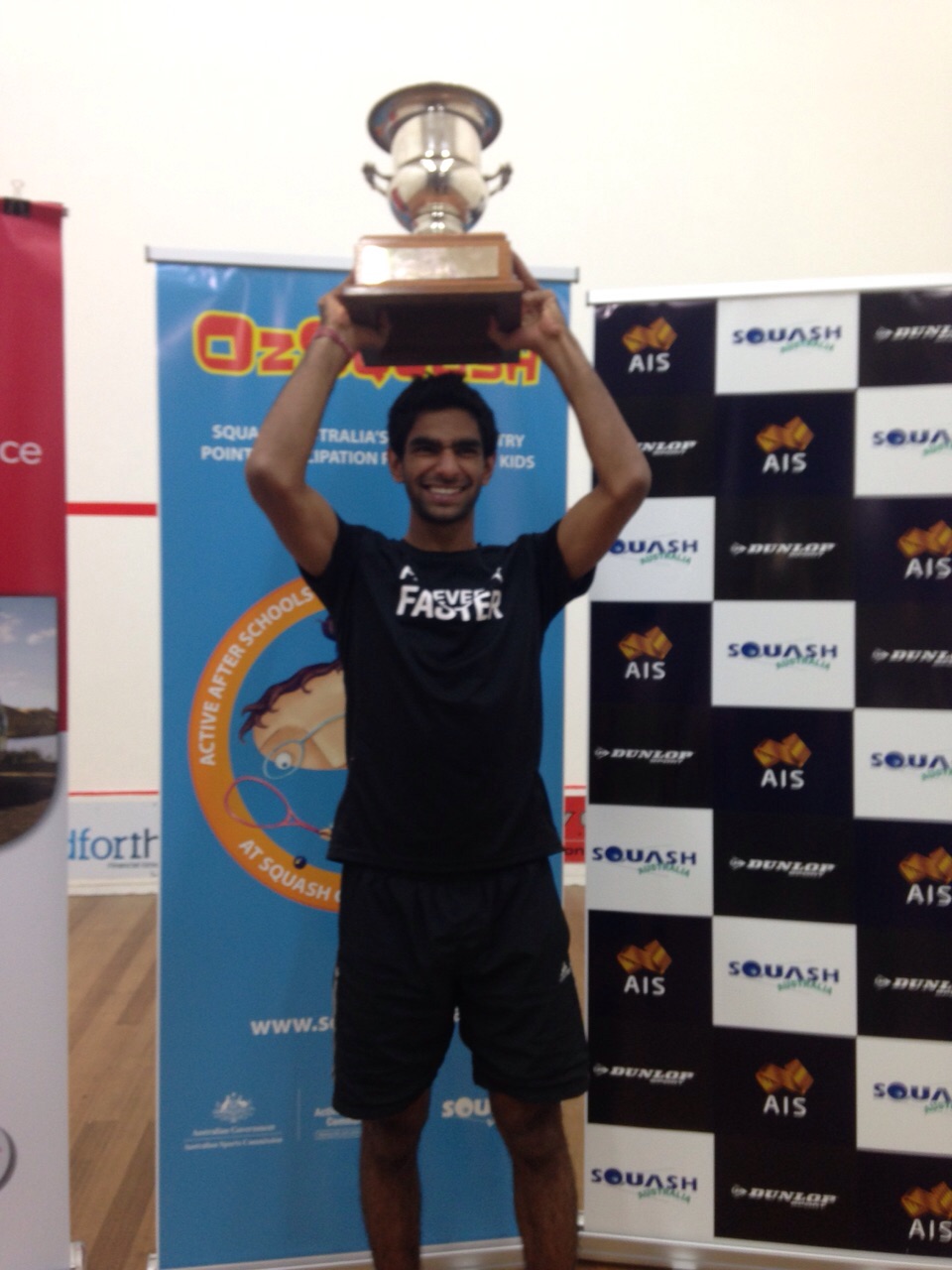 After scripting several success stories as a junior, young Kush Kumar drew first blood as a senior pro by winning his maiden PSA title, the Tasmanian open, a $5000 PSA world tour event in Devonport in Australia.  The third seeded Indian, a semi-finalist in the recent Indian national championship beat the top seeded Jamie Haycocks of England in straight games 11-4, 11-5, 13-11.

Kush who has been with the Indian squash Academy in Chennai since the age of 14 has been delighting his coaches with his growing stature. The Tasmanian success is one more reason why he is being considered the next big bet for Indian squash from ISA.   On a five- tournament trip the Indian has started off well with this win.