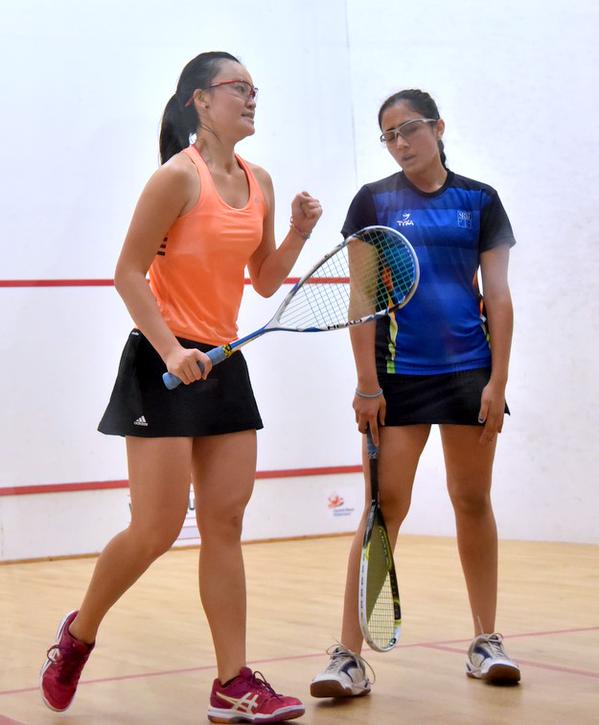 India settled for the eighth place after a 1-2 loss to the higher ranked Hong Kong in the placings match on Tuesday, the final day of the girls team event of the WSF-World junior squash championship which was held in Eindhoven, Netherlands.

Nikita Joshi had held a brief hope of India retaining the seventh place they had finished on the last occasion when she squared the tie-score 1-1 after Adya Advani lost her first match despite showing lot of fight. But Nikitas classy show did not pay dividends because Harshit Jawanda could not match up to her superior opponent despite grabbing a game.

The tough luck for India started for India on Monday night itself when a golden chance of a win over New Zealand slipped away at the doorstep of victory.  A win there would have ensured India a fifth or sixth place.  As it happened, with just one point from reaching the goal everything collapsed like a pack of cards.

The tie score was 1-1 against New Zealand after Harshit Jawanda had won a great match and Adya Advani failing .  Everything then hinged on Akanksha Salunkhe and the Goa girl nearly pulled it off.  Akanksha was leading 2-0 and 10-7 in the deciding game of the match when cramps struck her legs. The Indian in severe pain was barely able to move,  but clung on bravely only to see her opponent Juee Bhide save three match points to win and what is more grabbing the given opportunity to  reel away the next two games as well and give New Zealand a 2-1 victory.