Saurav Ghosal goes down in the final - Albierto Colombiano Open 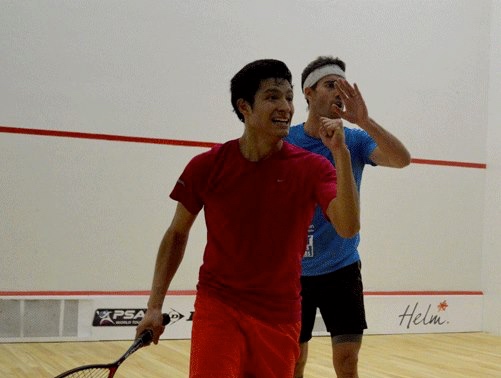 Despite high expectations, Indias champion player Saurav Ghosal failed to cap a glorious weeks show with a title-win when he went down to the giant killer Alfredo Avila of Mexico in four games 11-9, 8-11, 11-4, 11-8 in the final of the $50,000 Albierto Colombiano 2015, a PSA event in Colombian capital of Bogota.

Ranked 54 in the PSA register as compared to Ghosals 19 ,  the Mexican had come to the main draw from the qualifying phase.  But then he proved statistics are mere numbers with his stupendous  efforts from start.  Avila had beaten the second seed Peter Barker of England for the place in the final. The Inspired mans relentless march saw the Indian go on the backfoot . Barring a brief moment when Ghosal grabbed a game it was Avila all the way in this 55 minute contest that also brought the Mexican his seventh PSA title.