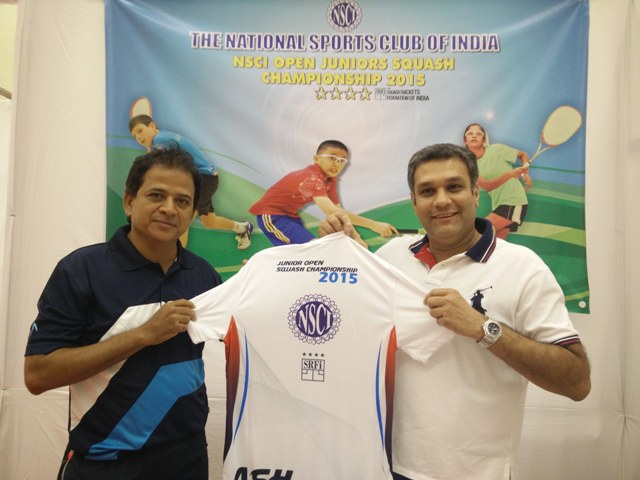 Rayhan Walia of Maharashtra exhibited plenty of resilience and strong fighting qualities as he recovered from the loss of the opening two games to put it across Vikas Chand of Delhi 3-2 in a boy’s under-15 first round match of the Rs 6 lakh prize-money NSCI Junior Open Squash 2015, an SRFI 4-Star Ranking event, and played at the NSCI’s glass-back courts, Worli, on Saturday.
In a keenly contested tussle, Rayhan made multiple errors initially and paid the penalty as he conceded a 0-2 to his Delhi rival. But, thereafter he applied himself much better, cut down on his mistakes and just kept it tight as he went on win the next three games to wrap up the match at 9-11, 8-11, 11-4, 11-0, 11-7.

In the boy’s under-13 first round encounter, Udit Sharma of Jindal Squash Academy rallied after dropping the first two games to prevail over  state mate Aryan Panicker (MAH) 12-14, 9-11, 13-11, 11-4, 11-3. Udit displayed some fantastic deceptive shots to take the last 3 games and win the match.