A job well done by Jay Jhaveri and team 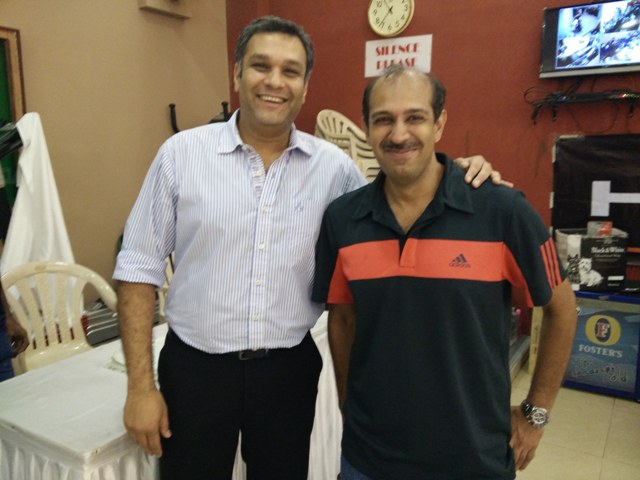 Just a week has passed since the last point was played in the NSCI Junior open squash tournament. The event was branded as a four-star tournament, and to that extent held a special aura for the players.

The key organizer of this Mumbai event, Jay Jhaveri is a much relieved man. A firm believer that the sport has deep roots in the city and junior talents need a good exposure to higher level competitions to help  them come up on healthy lines, Jhaveri had wanted the event to be elevated to a four-star event with higher prize money.

“Everything went off smoothly,” he said quite satisfied and it also pleased him that players from Maharashtra had a big share in the honours. This was not unexpected, he said because entries too came in mostly from children in this state. The three courts in the club proved a hot spot with non stop activities as competitions in various age categories had to be gone through.
Aiming to make the tournament bigger and better

It is a measure of the organizational effort, with a touch of professionalism chipped in, that there was never a hitch. A point, which was highlighted by Harish Prasad Rao, the tournament administrator too. Add to this the enthusiasm of the players, everyone wanting to present their best, the ambience was complete. What impressed Harish about the arrangements was the way every detail was gone through. “None had to leave the complex for anything, be it the comfort room or for refreshments,” he said.
Soaking in the aftermath of a job well done, Jhaveri is looking ahead for bigger tournaments ahead. “There is no doubt that this junior event has to be a regular feature. Indian players need this. It will be my effort to get the required sanctions from the SRFI and Asian body to have overseas players coming and participating. If points here are recognized by ASF, then I see no hurdle for players from other countries coming and enjoying the conditions here,” he said.
For an event of this nature which has gained attention in social media in a big way, though Jhaveri is a little disappointed that other media did not give it the importance, the lack of a big sponsor would appear a let down. But Jhaveri is not complaining.  “We generated the funds required and I am confident things would be different from here on,” he said giving an insight of a possible sponsorship link in the future.
Squash needs more support from everyone

At a time when the sport is looking up in the country, squash needs  organizers like Jhaveri. He himself admitted that the profile of the sport has gone up after the deeds of the players in recent times. The best way to acknowledge that was to bring high quality tournaments home to help young players gain sharpness and the mental strength to face tougher challenges in their path to greater deeds.
As Harish puts it, seeing the row of trophies and the encouragement meted out to young players by the organizers, the NSCI tournament was in every sense a good branding for squash as such. With more four-star tournaments lined up in the weeks ahead, it is time to focus on the ‘future stars as the sport of squash gains in popularity.