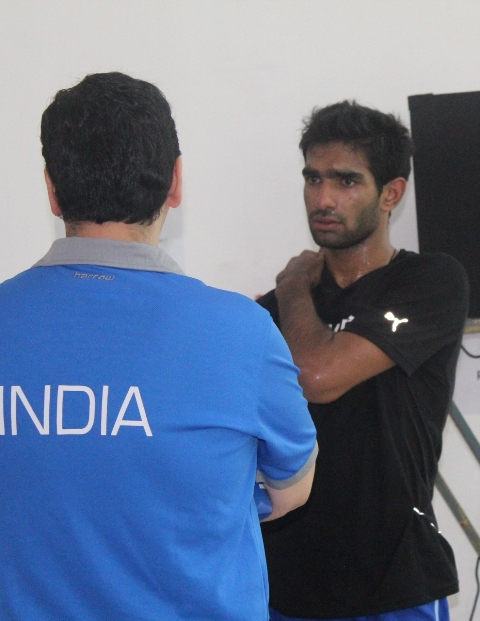 Top Indian talent, Kush Kumar made it to the semi-final before bowing out to the eventual  title-winner  and second seed Joel Makin of Wales in the City of Bendigo 2015, a PSA event in Australia.

For Kush, who has played a handful of tournaments in Australia, every event has proved an education. Though he had won only one –Tasmanian Open_ the Indian has been making his presence felt with his approach. In the latest event in Victoria, Kush started off well beating Jong Myoung Park of Korea in the first round 14-12, 11-9, 11-8.  England’s Lewis Doughty was his next victim 11-7, 11-8, 11-4.  Beating Josh Master another England player in the quarterfinal proved a tough task but Kush prevailed  12-10, 6-11, 11-8,11-3 in 65 minutes.