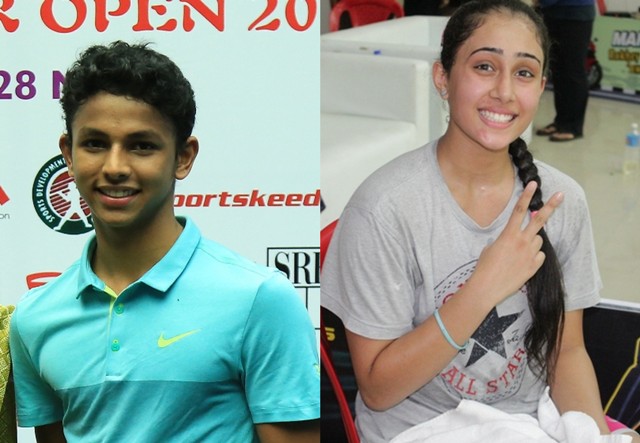 Two leading juniors Velavan Senthil Kumar and Harshit Kaur Jawanda will be representing India in the squash event at the 5th Commonwealth Youth Games to be held in Apia, the capital of Samoa, an island nation in the Oceania. The Coach is the SRFI Consultant  Maj S. Maniam, After the inaugural year of the Games in 2000 in Edinburgh, squash is now making its second appearance and the programme, to be held between September 7 and 11, includes, men’s and women’s singles, doubles and mixed doubles.

India will be taking part in the singles and mixed doubles. In all 19 nations will be competing in the squash event.  Three-time British Junior Open champion Eain Yow Ng,  aged 17, from Kuala Lumpur is  the top seed in the men's section and his compatriot Sivasangari Subramaniam, a 16-year-old who won the British Junior U-15 Open title last year, takes the top billing in the women's.  While Velavan is not seeded,  Harshit is seeded ¾.