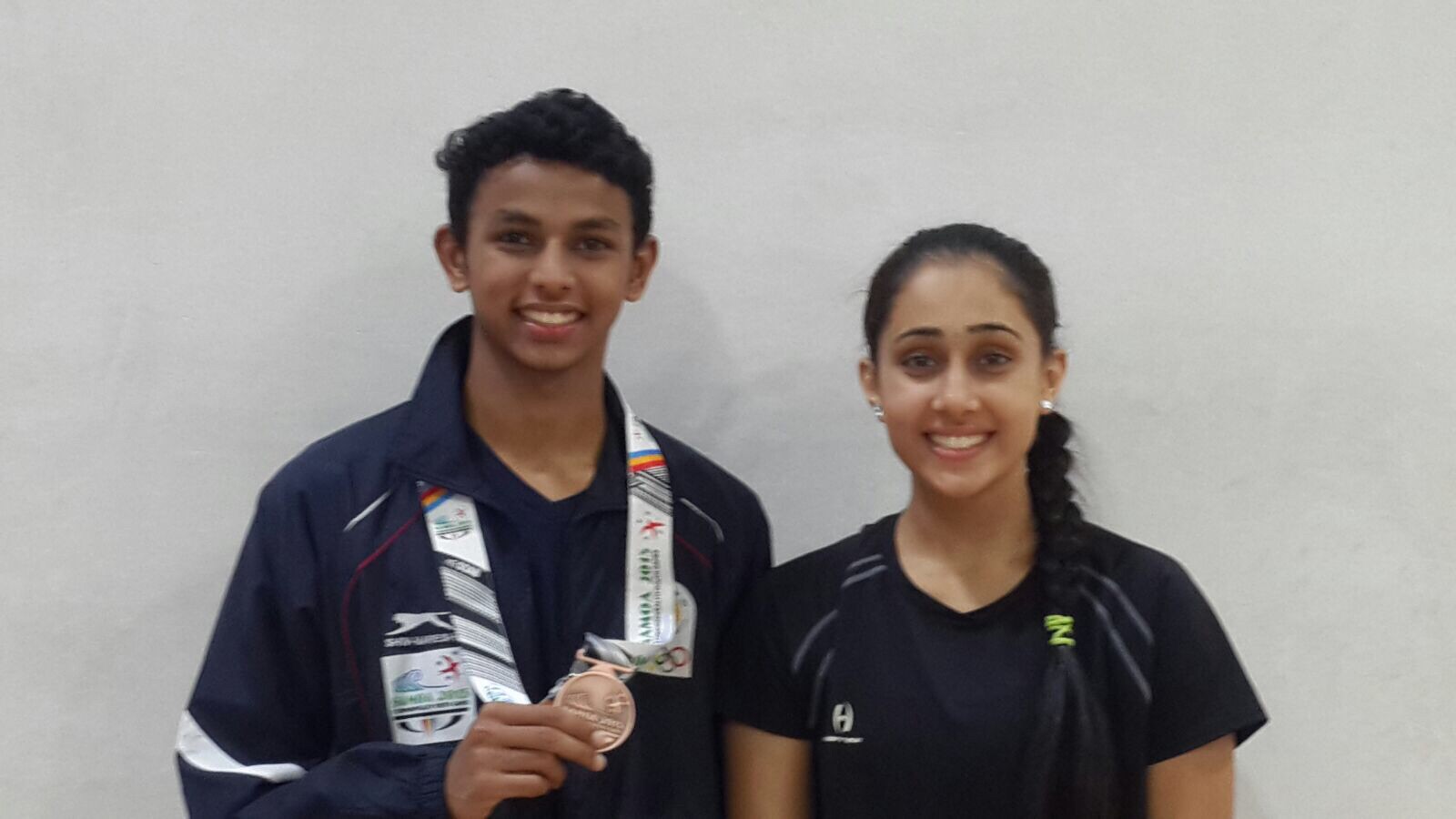 The Indian pair of Velavan Senthil Kumar and Harshit Jawanda have done well to cross three hurdles to reach the semi-final in the mixed doubles competition of the squash event on Wednesday in the Commonwealth Games youth games being held in Samoa.

Placed in Pool C, the two Indians had it easy beating Stephen Hearst and Ellie Mc Veigh of Northern Ireland  11-0, 11-2 in the first round in the pool league. The next one was against the Pakistani seeded three pair of  Sadia Gul and Israr Ahmed and even though it was close the Indians showing better coordination helped the carved out an upset win 11-9, 11-8 to top the pool.

In the cross over match with Pool A second placed Guyana, effectively the quarterfinal, the Indian pair again showed a definite control of the sides to taste success beating  Benjamin Mekdel and Taylor Fernandes 11-4, 11-5. In the semi-final on Thursday, the confident looking and Indian pair  plays Scotland.