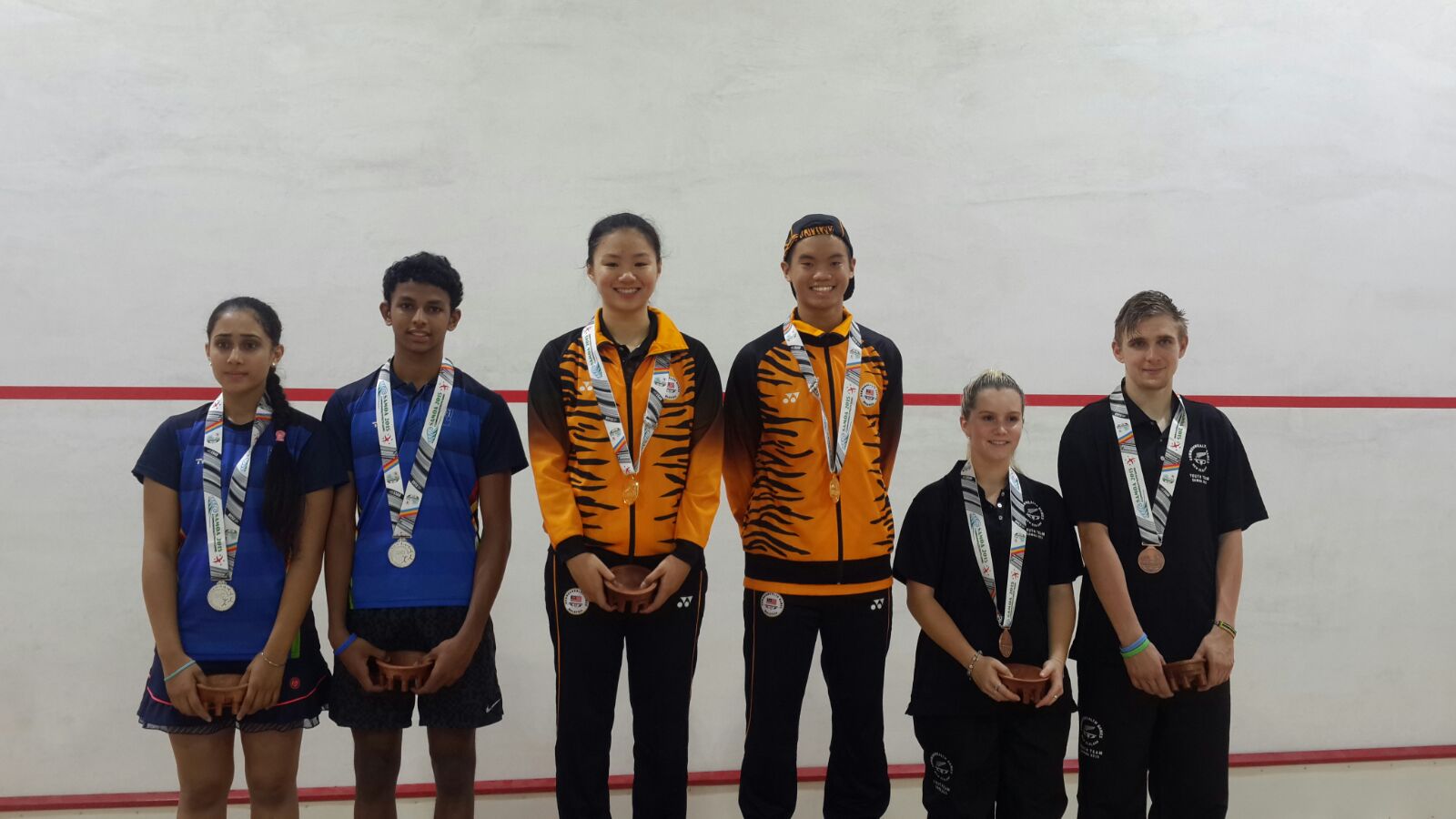 Velavan Senthilkumar and Harshit Jawanda  gave India a silver medal from the mixed doubles competition of the squash event on Thursday in the Commonwealth Youth Games being held in Samoa.

Beating Scotland  12-10. 8-11, 11-5 in the semi-final earlier in the day was a bright spot for India, something that made them have a stake at the gold or silver medals. However the top seed Malaysians Eain Yow Ng and Andrea Jia Qi Lee proved too good.  The Indians played their part to potential but the Malaysian duo had such good finishing and that made the difference. Malaysia won 11-6, 11-5 to take the gold.

Earlier Velavan and Harshit however played outstanding squash to get past Scotand, according to Coach Maj Maniam.  Leading 10-6, in the first game, the Indian pair let the Scottish duo of Richard Hellins and Carrie Hallam to fight back gamely to level scores at 10-10. It required a measured stroke just above the tin by Velavan to help clinch the first game by a whisker.  The Scots took an early lead in the second and even though the Indians closed the game scores from 5-10 to 8-10, the rival’s initiative was rewarded..

Velavan and Harshit started well in the third, went into a  6-3 lead. The Scots were not out yet but Velavan at this stage came up with some aggressive drives directed to the woman player Carrie and that did the trick. Taking a leaf from his approach was Harshit who smartly reeled off three points in a row to ensure a historic entry for India into the final.

Having won a bronze through Velavan in the singles earlier, India finished the squash engagements with two medals.