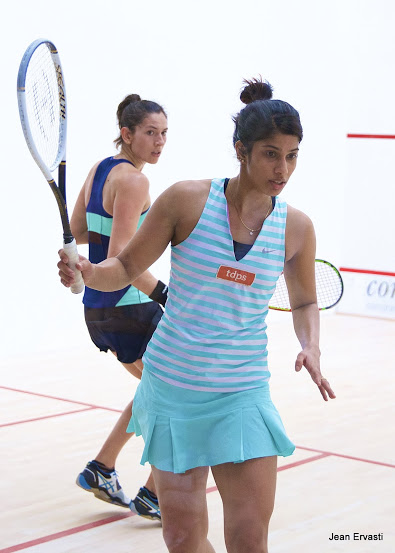 After the fine touch she showed earlier, the Indian champion could not withstand the storm that Joelle proved to be. On a come back after an Achilles injury had forced her off the circuit for a while,  this former world number four showed she had not lost much in her sharpness. The accurate returns with early pick ups kept Joshna away to the back.  Though the Indian fought back with her prowess up front, to grab the second game,  Joelle never showed any signs of tiredness or weakness on her legs as she went about business-like giving little leeway to finish off the match 3-1.