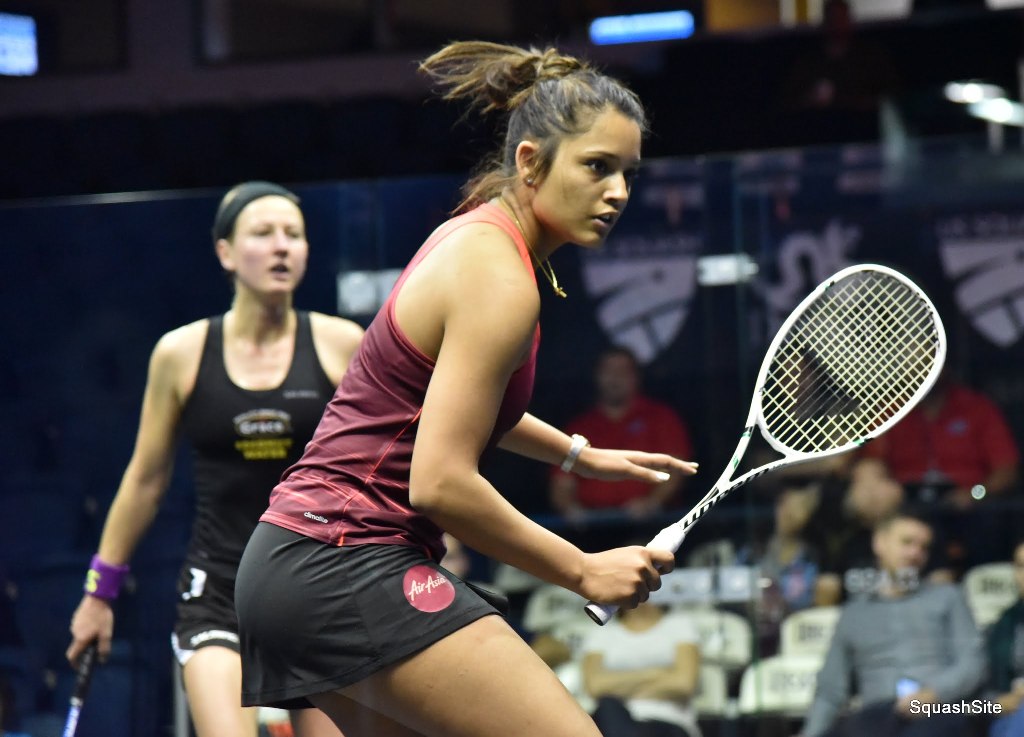 Getting into top form after two forgettable tournaments earlier, India’s Dipika Pallikal notched up one of her best wins in her career when she outlasted fourth seeded Alison Waters (England) in five games to gain entry into the quarterfinal of the prestigious US Open squash being held in Philadelphia. The  Indian won,  9-11, 11-5, 3-11, 11-1, 11-6.

Dipika began well and retained a handy lead right through the first game until at 9-6  Alison with a streak of  five points in a row  showed the prowess to grab the first game.  However  the swing in fortunes continued with each taking turns to dominate from there. Hereabouts Alison who had a sore back began to show signs of pain and struggle.  But this did not take away any credit from the Indian’s fine display.

However another Indian, Joshna Chinappa had little answer to the brilliance of hard-hitting Egyptian Omneya Abdel Kawy, the sixth seed.  Winning  three straight games  the Egyptian completed the job inside half hour.  Attacking shots and winning drops were the feature of Kawy’s play and Joshna could not match up to that.  The Egyptian won 12-10, 11-6,11-5 By this win, Kawy  ensured  that the two Indians did not meet in the next round. It will be Kawy who now plays Dipika.