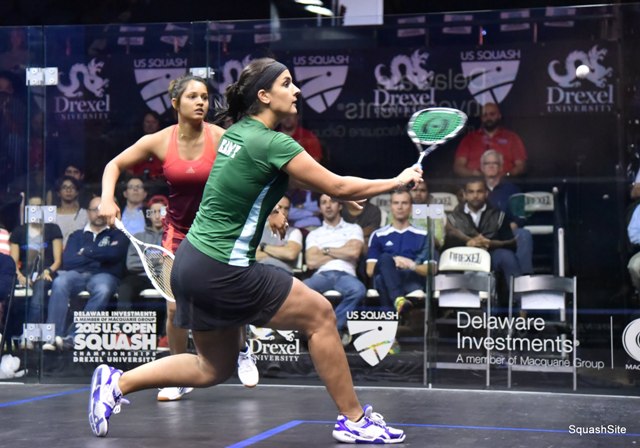 Ace Indian player Dipika Pallikal’s great run in the US Open squash ended in the quarterfinal  but not before putting up a brave fight against the World Number 6 Omneya Abdel Kawy of Egypt in Philadelphia on Thursday. The Egyptian won 9-11, 11-6, 11-8, 2-11, 11-3

The first  quarterfinal in the bottom half proved a see-saw affair between the two top players of the world.  Dipika is ranked 19 in the world.  Like in their previous two meetings,  it was a close contest with 3-2 separating the winner and loser.

Both excelled in shot-making with  typically short rallies. Neither of the players was inclined to forego any opportunity for a winner, many of which worked but  the tin came into play frequently too. Kawy took a 9-5 lead in the first game only to see Pallikal win six points in a row to grab it 11-9. The two then took turns to dominate in spells as Kawy annexed  the next two games before Pallikal totally dominated the fourth. The decisive proved easy for Kawy.