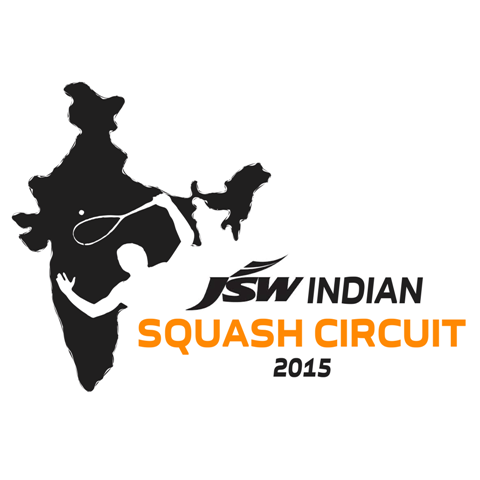 More than 32 international pro squash players will descend here for the last leg of the JSW Indian Squash Circuit, a PSA men’s and women’s tournament hosted by the Indian Squash Academy (ISA) and the SRFI from Sunday. Players from India, Egypt, Pakistan, UK, Malaysia, Netherlands, Finland and more will go head-to-head in fierce match-ups from the start.

Former Indian National Champion Harinder Pal Sandhu is top-seeded.  Sandhu, a trainee at the ISA is ranked No. 56 in the world and has played well in the last two Circuit events – the CCI International in Mumbai and Kolkata International _  and made it to the quarterfinal of the NSCI Open in Mumbai last month.

Sandhu will have tough competition in Egypt’s Mohamed Reda, the tournament’s second seed and World No. 64. Like Sandhu, Reda too made it into the quarterfinal of the NSCI Open. More importantly, Reda  kicked off October with a win, taking the Norwegian Open, beating World No. 53 Joe Lee in the final.

Joel Makin of Wales and Kush Kumar, seeded fifth, who just broke into the world’s top 100 after putting in top-class performances at the Kolkata International and playing his way into the Main Draw of the CCI International in Mumbai last month are two others to watch out for.

In the women’s tournament, the Netherlands’ Milou van der Heijden has a slight edge as the World No. 41 and top seed.  Pakistan’s Sadia Gul, India’s Sachika Ingale and  World No. 46 Nouran El Torky of Egypt are some of the key players in this section.

“The JSW Indian Squash Circuit in its second year has been of immense benefit to our professional players,” said Cyrus Poncha, India National Coach. “Last year, we witnessed Harinder¹s surge in rankings, and this year we see Kush scaling new heights. We are looking forward to the upcoming event at the Indian Squash Academy in Chennai, the home of both Harinder, Kush and many other top juniors.”

“On behalf of the PSA, as well as players, we are excited to be back in Chennai for the second year to conclude the JSW Indian Squash Circuit 2015,” said Ritwik Bhattacharya, PSA Asia Representative. “A big thank you to our sponsors and partners – JSW, Reliance, SRFi, the Indian Squash Academy as well as the Murugappa Group. Without them, this would not have been possible.”

“The JSW Indian Squash Circuit Chennai 2015 is a wonderful opportunity for Indian squash players as well as their international peers,” said Raj Arora, tournament promoter. “We hope to see many keen juniors in the crowd at the Indian Squash Academy starting Sunday, to learn from the professionals. It’s a great opportunity made possible by our sponsors and partners, so thanks to JSW, Reliance, SRFi, ISA, the Murugappa Group, as well as the city of Chennai.”