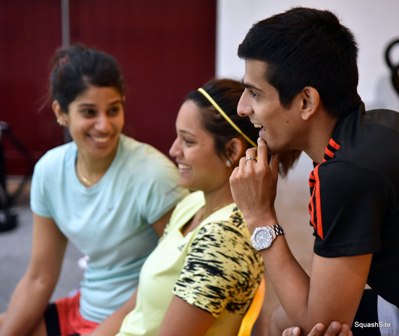 The two leading woman players of India, Dipika Pallikal and Joshna Chinappa made impressive jumps in their world rankings as per the latest list issued for November.  In the men’s section Saurav Ghosal dropped a place to be on 17.

Dipika rose by five places to be on 14 while Joshna improved by three rungs to 17.  Dipika’s cause was helped by her impressive run in the US Open where she had reached the quarterfinals.  For Joshna the stunning win over world number one Raneem El Welily in the on going Qatar Classic had made a big impact.

The only other Indian nearby in the list is Mahesh Mangaonkar, who was placed at 57.