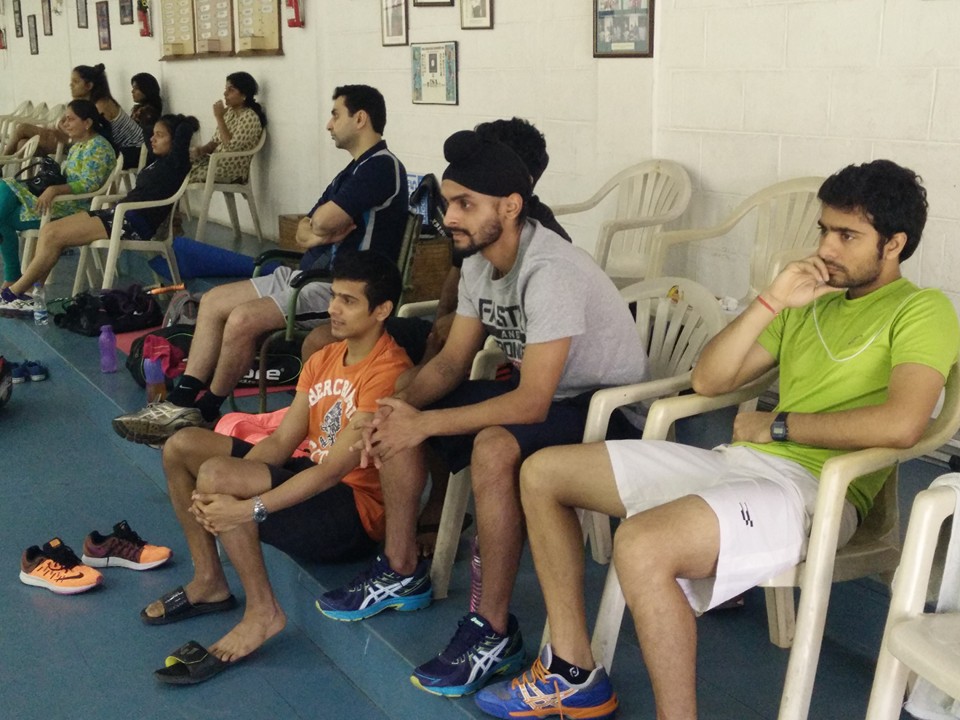 Confident of a good show in the squash event of the forthcoming South Asian Games in Guwahati in February , the Indian men’s and women’s  teams were picked up well in advance here at the Indian Squash Academy after a short camp and trials.

There were no major surprises. The men’s squad comprises  Saurav Ghosal, Harinder Pal Sandhu,Kush Kumar and Ravi Dixit and the women’s team consist of Joshna Chinappa, Dipika Pallikal, Sunayna Kuruvilla and Akanksha Salunkhe.   Mahesh Mangaonkar, who usually finds a place in the men’s squad did not attend the camp.  He had recently reported illness but there was no further word from him. In the women’s section had Harshit Kaur Jawanda  been there she would have been a favourite for selection but  preparation for the British Junior Open andalso academics (she has board exams coming up) kept this Delhi-based girl away from the trials. The exclusion of senior pro Sachika Ingle was a surprise only because she was higher ranked than Sunayna and Akanksha but then in the trials both these juniors had the better of Sachika. That settled the issue.

Speaking on the camp, Maj S. Maniam, Consultant Coach of SRFI said that “it was a routine exercise. We had conditioning in the morning and practice matches in the evening.  Those present showed all the enthusiasm expected.”

On Ghosal’s foot injury sustained in the recent Hong Kong Open, Maj Maniam said he should be okay in a week’s time and since the Games are to be held in February he would be fully fit by then. “I expect India to do well,” he said.

The national coach Cyrus Poncha said the team was selected from the best available talent.  “This team both in the men’s  and women’s  section should be enough for us to return with a rich haul of medals,” he said.   Just returned from Guwahati where he had gone to supervise the arrangements for the squash competition he said five countries in the men’s section and four in the women’s have entered the competition.

Poncha and Bhuvaneshwari  Kumari will be part of the Indian squad as officials.