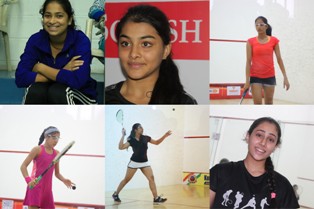 When the New Year comes serious squash players think of the British Junior Open, considered the Wimbledon of squash.  The event is being held between January 2 and 6 at Sheffield.  Two Indians particularly have pleasant memories of this _Joshna Chinappa and Dipika Pallikal _ having won titles there.  But generally participating in the British Open itself is an experience young up and coming squash players look to with eagerness.

This year a group of 20 aspirants from India are travelling to London.  All of them, virtually the cream of Indian junior talent will be mingling with some of the best in the world and to that extent this event gives a projection of the stars of the future.