Joshna progresses to 2nd round- TOC 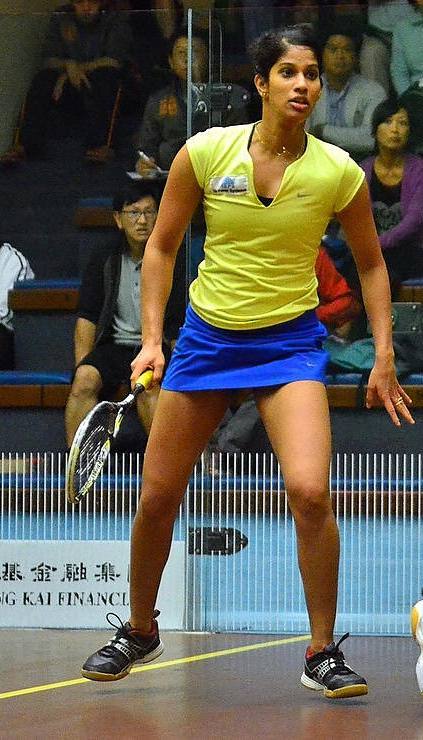 Qualifier Mariam Metwally of Egypt knocked out India’s thirteen seeded Dipika Pallikal in the first round of the Tournament of Champions, the premier squash event which  got underway in New York on Saturday.

The match held late in the evening saw the Egyptian scripting a straight game win with scores of  11-7, 12-10, 11-6. However for the other leading lady of Indian squash , national champion Joshna Chinappa it was a good start. The 15thseeded Indian set aside the aspirations of wild card entrant Kanzy El Defrawy, also of Egypt but after surviving a scare. Joshna won 8-11, 11-8, 11-8, 11-7 in what proved a tough 59-minute tussle.  But  Joshna awaits a stiffer challenge, as she is drawn to meet the redoubtable 5th seed Omneya Abdel Kawy (Egypt) next.

In the men’s section the lone Indian Ramit Tandon, who had come via the qualifiers could do little against the former world number one Gregory Gaultier, the third seed and fell in the first round.  The French star won  11-4, 11-6, 11-3.