Joshna Chinappa out of TOC in New York 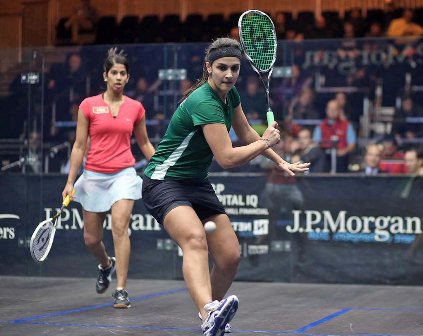 Indias presence in the  Tournament of Champions, a prestigious squash event in New York ended with the exit of Joshna Chinappa in the second round late on Monday. She lost to the fifth seeded Egyptian Omneya Abdel Kawy in straight games  11-9, 11-3, 11-9.

The Indian national champion, generally an enterprising fighter could not get started against an opponent who had specially prepared for this event.  Coached by former world number one Amr Shabana, a hero to up and coming players in Egypt,  Omneya was never short of confidence. She showed it when she squeezed out of a 8-9 situation in the third game and turn it around in her favour to script a an easy match-win that needed just 25 minutes stay on court.