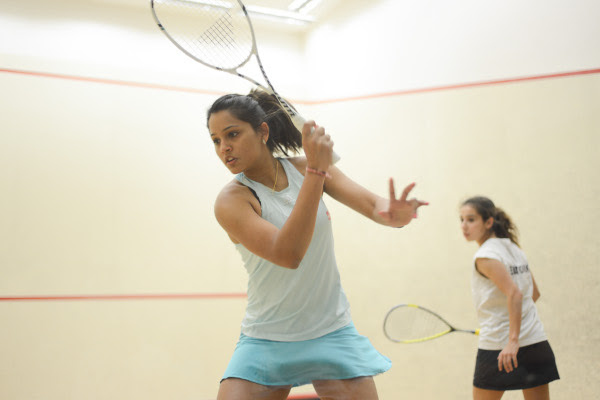 Last year’s finalist and India’s leading player Dipika Pallikal started off on a strong note with a 3-1 win over Egyptian qualifier Nouran El Torky in the first round of the Granite Open, a $25,000 PSA world tour event in Toronto, Canada lateon Tuesday.  The Indian won 11-4,9-11, 11-2, 11-7.

Playing an Egyptian is always tricky and second seeded Dipika, ranked 17 in the world  realized it too as she played a tight game to keep down the enthusiasm of the World ranked 61 player.  Despite the disparity in the rankings, Nouran put up a good fight.  After Dipika comfortably had the first game,  the Egyptian clawed back with an early lead to grab the second. With some great shots and perfect control of the proceedings, Dipika did not allow the advantage to leave her grip from there.  There were lots of ‘let’ calls as the match wore on but the Indian showed her prowess in the front court to finish off the match in style.

In what is the     quarter final round next, Dipika plays Salma Hany Ibrahim, again of Egypt and seeded fifth.