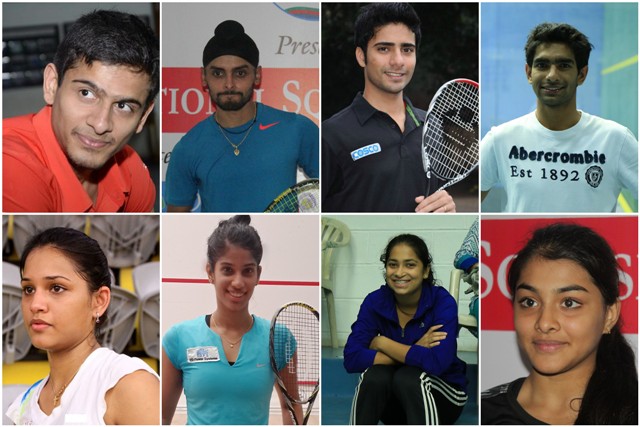 From all accounts it could be another India vs Pakistan affair in the squash event of the South Asian Games  scheduled in Guwahati from February 6. Five countries are taking part in this competition.

National coach Cyrus Poncha said that from what he understood Pakistan would be fielding its full team in both the men’s and women’s section for the Games.   As for India, he said he was confident of the team’s good show.  Both the men’s and women’s squads were picked last month itself after a camp and trials. There were no major surprises. The men’s squad comprises  Saurav Ghosal, Harinder Pal Sandhu,Kush Kumar and Ravi Dixit and the women’s team consists of Joshna Chinappa, Dipika Pallikal, Sunayna Kuruvilla and Akanksha Salunkhe.

Poncha said he had a word from Saurav  Ghosal on his fitness.  Ghosal, it may be recalled had injured his foot while playing in the Hong Kong Open in December last. After a brief lay off, he had begun training and according to the national coach, Saurav was in Doha last week for a week- long training under former England player Jonathan Kemp.  Later he had a training session with Malcolm Willstrop too in England. “He is fit and ready for action,” said Poncha on the Indian spearhead.

As for others,  Joshna and Dipika, the two  leading players in the women’s section, are  in tournaments in the US and also well in the groove.  The rest of the members are in various stages of training, the national coach added.

”Overall, I am hoping for good results,” said Poncha, who along with Bhuvneshwari Kumari will be the team officials in Guwahati.