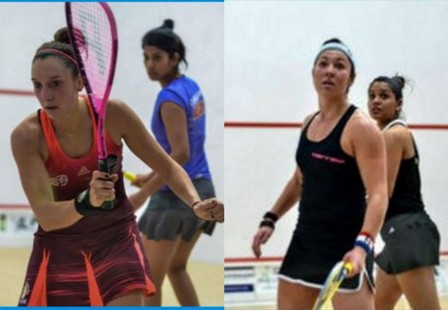 The Indian interest in the Cleveland Classic Squash, a PSA World Tour event, in Ohio ended on Sunday evening with the exit of both Joshna Chinappa and Dipika Pallikal at the quarterfinal stage.

The sixth seeded Joshna had the misfortune of meeting the top seed Camille Serme of France and even though she drew out a game lost in four games overall.  The French player who is ranked four in the world, won  11-4, 5-11, 11-8, 11-2.  On the other hand Dipika, who was unseeded just had no resistance against Amanda Sobhy, the fourth seed.  The US player exploited the relatively weak backhand of Dipika to win in straight games 11-6, 11-7, 11-8.