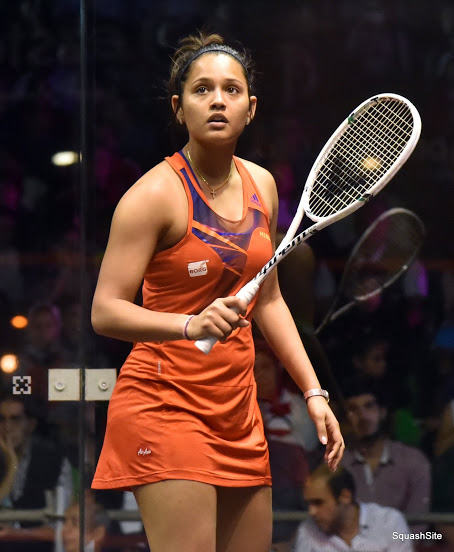 CHENNAI:   On the eve of the squash competition in the South Asian Games 2016 in Guwahati, India’s number two woman player Dipika Pallikal has sought permission from the Squash Racket Federation of India and  withdrawn from the individual event citing a shoulder injury.

In her message to the National Coach Cyrus Poncha,  Dipika, who is ranked 17 in the world and seeded two behind Joshna Chinappa,   said she developed a “sharp pain” in her shoulder while playing the quarterfinal match in the Cleveland Classic held in Ohio a few days ago.

Dipika said the pain had intensified on the day after the match and that it had not subsided.  She was scheduled to take medical advice in this matter but decided to proceed to Guwahati and play the team event because she felt as the number 2 player she may not have hard matches to play unlike in the individuals. The team events start on February 8.