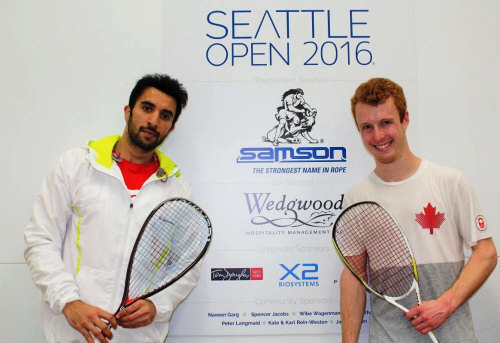 Canada's Andrew Schnell ended the dream run of unseeded Vikram Malhotra in the final of the Samson Seattle Squash Open, a PSA Tour event in Seattle late on Sunday.

For the US-based Indian, ranked 125 in the World and returning to hectic league after a gap it was another good show after the Florida success in December last. Beating higher seeded players including the second seed Nathan Lake (England) enroute in this tournament, Vikram looked in good nick to do more but against a player in form, which Andrew was, the fight did not last long.