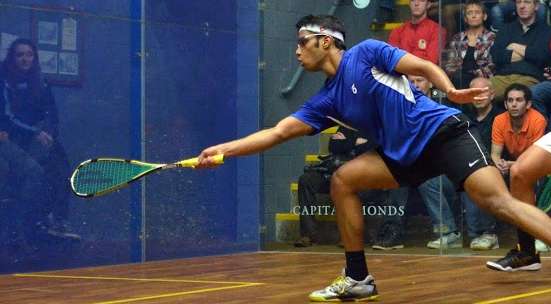 CHENNAI: Fast improving Mahesh Mangaonkar had a task in hand but did well to enter the second round which is the quarterfinal of the North of Scotland Open, a PSA world tour event in Aberdeen late on Thursday. The third seeded Mahesh beat Dougie Kempsell of Scotland in five games 8-11, 11-6, 11-8, 10-12, 12-10.

Winner of the Sekisui Open in Switzerland early last month, the Indian has been in fine fettle but against the Scot, he needed perserverance. Some smart play in the front court helped Dogie to forge ahead in game scores. But Mahesh did not take long to read through his rival's plans of varying his returns and found the rhythm to take the next two games before falling into another close-finish situation. The Scot grabbed the fourth game and the decider expectedly was a close affair with just one point separating the two as the game reached the final stages. An error or two by Dougie helped Mahesh to captilise and eventually qualify.