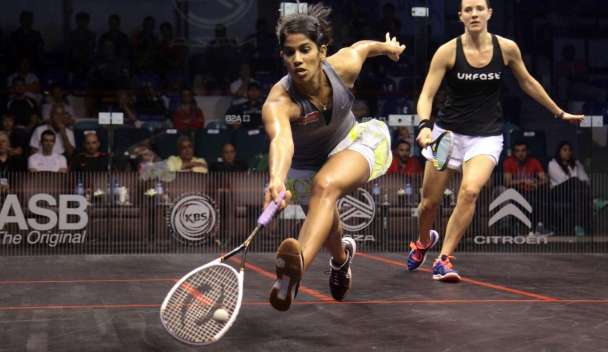 KUALA LUMPUR: The Indian challenge in the World women's squash championship ended here on Wednesday with the exit of Joshna Chinappa in the second round.

Up against the top seed and world ranked one player Laura Massaro of England, the Indian national champion simply had no ammunition to test the rival. In 27 minutes the British national champion completed the job 11-3, 11-6, 11-3 for a passage into the quarterfinal.