Injury scare in Indan squash team for the Asian championship 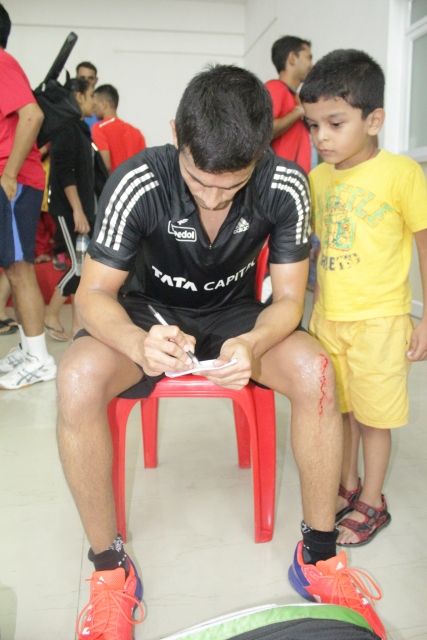 CHENNAI: With the Asian team championship, scheduled in Chinese Taipei from May11 to 15, not far away, the Indian men's hopes received a jolt when spearhead Saurav Ghosal announced with a heavy heart his withdrawal from the squad owing to an ankle injury that he had suffered at the British Open last month.

Ghosal had indicated to the National coach Cyrus Poncha about ten days ago that persistent pain in right foot-area had made him take an MRI on medical advice and the results showed a “deterioration in the cartilege”. He had hinted then everything would depend on what the specialist had to tell him and indicated that “there is a small chance that I will not play the Asian Teams.” Though confident even then that he would be able to tide over this crisis, the visit to the Orthopaedic surgeon turned disappointing. The procedures he had been advised would put him off play for four to five weeks. Else there was the danger of this injury permantly damaging his foot.

The Squash Rackets Federation of India, taking into account the seriousness of the injury which if not treated could turn career-threatening, accepted Ghosal's withdrawal and named promising youngster Velavan Senthilkumar into the team. He is the second new name after Vijaykumar Meena was drafted in place of Mahesh Mangaonkar, who withdrew preferring to play in PSA events and improve his rankings. Both Velavan and Vijaykumar are capable campaigners though making their debut at the senior level. Velavan is the U-19 national champion and also double medallist in last year's Commonwealth Youth Games held in Samoa.

Poncha felt Ghosal's absence was a big disappointment but the others have been preparing well. Harinder has returned to serious practice after a hamstring pull at the South Asian Games in February had laid him low. He is fit and raring to go. He expected Harinder and the gritty Kushkumar to come good to inspire the other two youngsters. Both were members of the historic gold medal winning team of the Incheon Asian Games. India had won a bronze medal in the 2014 edition held in Hong Kong.

The women's side, he said, however had no worries. It represented the current best talent with the two seniors, Joshna Chinappa and Dipika Pallikal, both top-20 world ranked players the side's best bet. Both Sachika Ingale and Akanksha Salunkhe are new to this competition but are in the side as enterprising young players. Both have shown good match temparament and ability. The women too had finished with a bronze medal in Hong Kong last time.