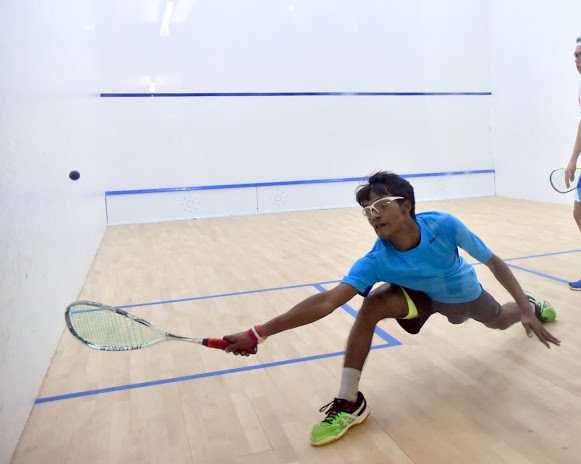 CHENNAI: Top seeded Ranjit Singh of Delhi survived a huge scare before steadying himself and escaping from a quarterfinal defeat at the hands of local boy Vikas Mehra in the U-19 section on Thursday in the ISA Junior Open squash being held here.

In a way the Ranjit-Vikas match symbolised the day's show with seeds falling like nine pins as competition heated up. But then Ranjit showed when it came to the crunch, class tells. The Dhampur boy is known to be resilent lot and so when he was two games and match ball down with the vocal support for Vikas going hoarse, all seemed over. But that when the top seed showed he is not one to leave without a fight. The Delhi lad rose to the occasion, crawled back inspired by some pep talk by his senior Kush Kumar (who too hails from Dhampur) and seeing his rival tiring gave his all. So what seemed a certain defeat turned to a five game thrilling win for Ranjit. The scores 10-12, 9-11, 12-10, 11-7, 11-7 reflected the true picture of the gripping contest.

On another court, Tamil Nadu's Darshana Vasudevan in the U-15 girls section was another who showed the nerve to pull back from defeat against a lower seeded Amira Singhof Delhi. Down two games, Darshana fought were way back to win in five games.

There were easy winners in the day like second seed Sunayna Kuruvilla in the girls U-17 and Aditya Raghavan, the ¾ seed in the boys u-19. Both cruised their way to the semi-final with ease. That seemed a contrast on a day upsets were the order more than exception.

Click here to view the day 2 videos of matches played at center court.