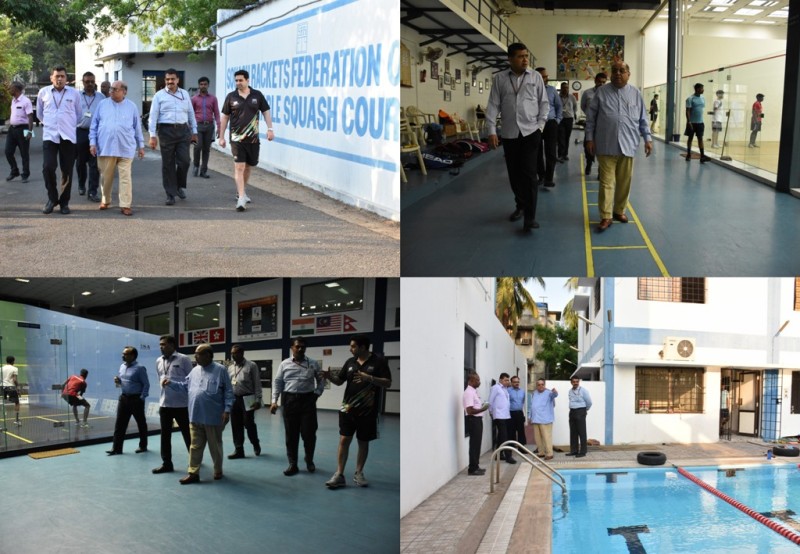 An experienced sports administrator attached to the government Mr Injeti Srinivas, IAS, the Director General of Sports Authority of India had some interesting points to say about Indian sports when he came as chief guest to the ISA annual day at Hotel Taj Connemara. He said like many keen sports observers in the country, he too used to wonder why a country of billions fail when it came to sports achievements. Often he used to discuss this with eminent coaches and visiting experts and he was surprised at their replies that “India is overflowing with talent.” According to him the lack of a good structured programme from school level was one key reason for this. Facilities alone need not produce results but proper ground work, he said. Many sports Federations had begun to see the virtue of establishing academies and bringing into effect a sound coaching programme to make the 'catch them young' scheme effective. In this connection he complimented the Squash Rackets Federation of India for initiating the ISA and applauded the role of Mr N. Ramachandran, in making the Academy a reality. ISA, he said, like any institution was “more than brick and mortar”. It was the collective strength,the culture and philosophy that made any institution strong and purposeful. ISA belonged to that genre, the DG said while praising the Academy for pushing squash to the domain of a medal-winning sport. Mr Srinivas had earlier visited the ISA along with Mr Ramachandran, President Indian Olympic Association and Mr. SV.K.Jeyakodi, IAS,Member Secretary-SDAT, among others and was impressed with the facilties. The Director-General also found time to meet the senior Indian players like Harinder Pal Sandhu, Kush Kumar and Vijaykumar who were in training and had some encouraging words for them.