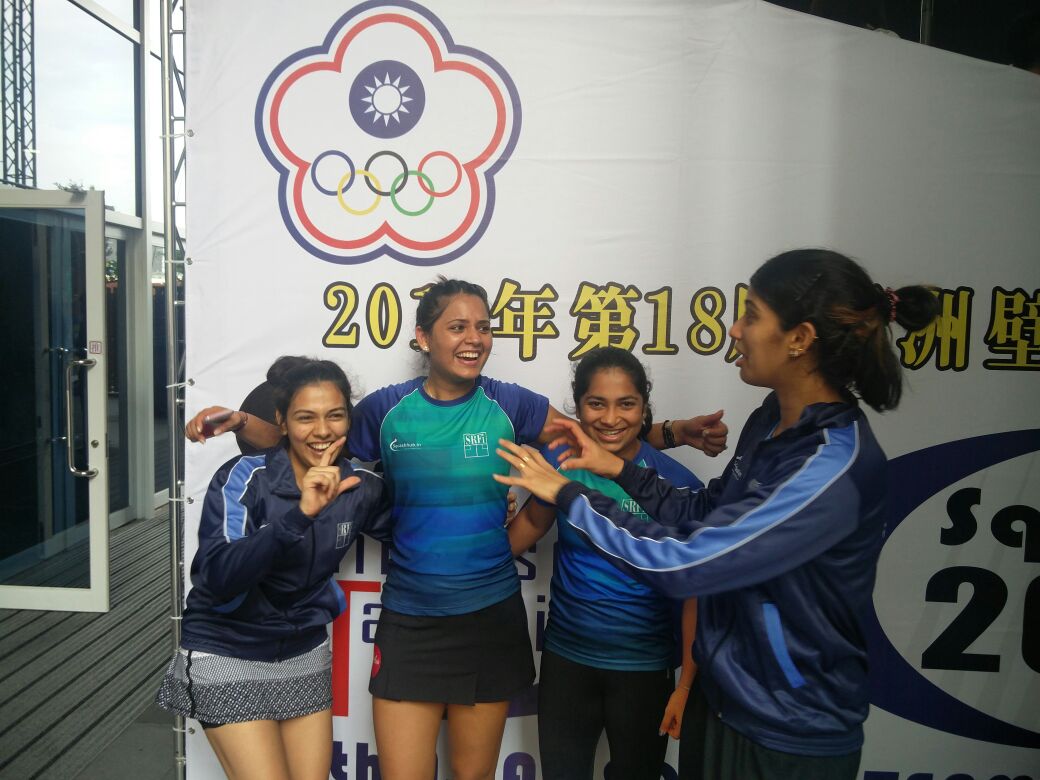 CHENNAI: It proved a day of mixed luck for India in the semifinals of the Asian team squash championship being held in Chinese Taipei with the women proving themselves outstanding against Hong Kong but the men unable to match that, losing after a nail-biting fight against Pakistan.

The happy tidings came early in the day for the women with Joshna Chinappa and Dipika Karthik Pallikal showing why they are such formidable names in world squash with exquisite performances. Both won and that helped India shock the top seed Hong Kong and storm into the final where they once again face Malaysia to whom they had lost in the group league. “It will be a revenge match. The girls are gearing up for this challenge,” said national coach Cyrus Poncha on the prospects ahead.

After Sachika Ingale failed to keep her slate clean, losing to LiuTsz Ling without much resistance, it was left to Joshna not only to shore up India's stock but inspire her colleague Dipika to touch her best. Joshna did not put one foot wrong in taming the Hong Kong number one Annie Au, who at rank 10 was three rungs above the Indian in the world. Aggression was Joshna's ploy from start and with clever drives and drops left her rival clueless, winning in straight games. The onus was now on Dipika but the star player, started on a diffident note against Joey Chan, who was winner when the two met last two years ago in the Asian championship. The Indian led 10-8 in the first game but from game-ball position, lost and the inspired Hong Kong player went on to grab the next game too. Dipika looked shattered experience brought out her fighting side and in a jiffy changed the game's complexion by bagging the next two games with explosive drives and astute drops and boasts. Taking the saddle she left Joey rooted to the spot in the decider to win in style and send cheers to her camp.

Alas that was not the scene in the men's section. India without a spearhead like Saurav Ghosal started on the defensive against Pakistan. Velavan Senthilkumar was the first to play against the experienced Farhan Mehboob. The youngster did well, even took a game but the Pakistani had the upperhand. Harinder Pal Sandhu next was again outstanding and even if took five games, beat the higher ranked Farhan Zaman and Indian hopes rose. All depended on Kush Kumar but being 2-1 in game scores and running close in the fourth game, he could not capitalise. India thus like last time, settled for the bronze.