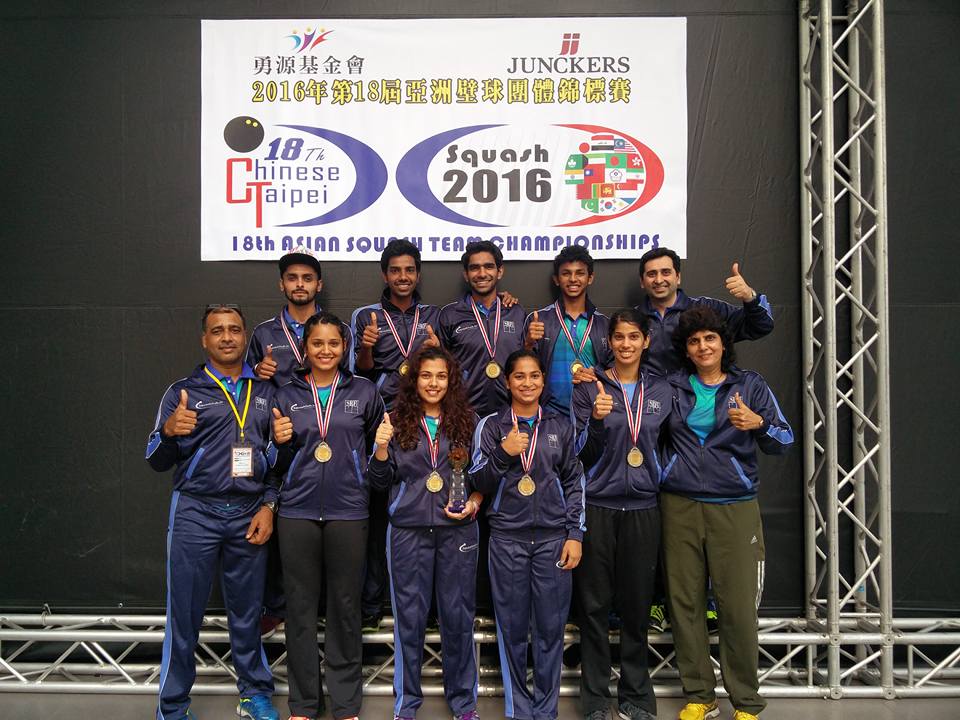 CHENNAI:Malaysia did it again. After beating India in the league earlier, repeated the show with a 2-0 verdict in the final and won the women's gold medal in the Asian team squash championship in Chinese Taipei on Sunday. India thus settled for a silver, still a better showing than the previous edition when the women had returned home with a bronze.

After Sachika Ingale as the first contestant failed to do much to lose in straight games to Sivasangari Subramaniam, the focus was on the number one player Joshna Chinappa to provide succour. She had lost to Delia Arnold in the earlier meeting of the two teams. There was promise of changed scenario after Joshna powered her way for the first game. But the cool Malaysian, took her time, avoided making mistakes and forced the rallies to trip Joshna even though points for a long time went neck and neck. The turning point came in the second game when Joshna on game-ball erred and Delia was not one to miss such opportunites. She found her way to grab the second game and from there keeping a low pace and concentrating more on returns, kept testing Joshna's patience to good purpose. The Indian fell to the bait and so ended a valiant effort. Dipika Pallikal who was all geared up for the possible third match, as also the othes in the Indian camp, had to watch the fall in distress.

Overall, national coach Cyrus Poncha said it was a pleasing performance. “The boys lost a close tie against Pakistan and that too without Saurav Ghosal and the girls made steady progress, even took out the top seed Hong Kong. Yes, the final in the end proved heartbreaking but there is promise that this team will bring more laurels in the year,” he said.