A journey that was fulfilling and enjoyable right through 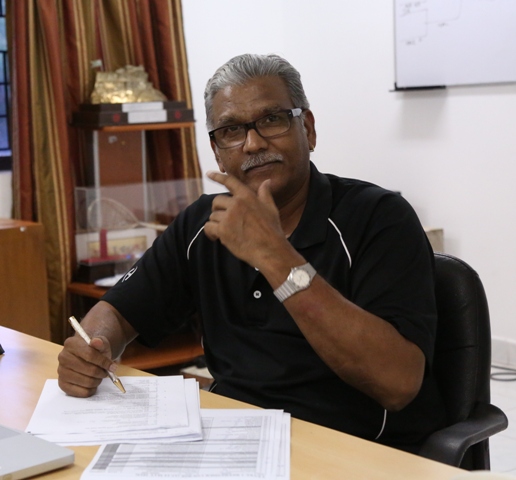 May 16, 2002 will remain an important day in Maj (retd) S. Maniam's life. That was the day Maniam had landed in India from Malaysia, with loads of ideas for the dream squash project of Mr N. Ramachandran (the then SRFI Secretary-General). Three courts at the Nehru park beckoned him. The moment was apt to reflect on Chinese thinker and philosopher Lao Tzu famous saying, “a journey of a thousand miles begins with a single step.” So it was for Maniam. A structured development concept and an unquenchable passion for the sport in hand, wherewithal assured and an in-born confidence to face challenges that army life had taught him, the Malaysian expert, who had been associated with his country's squash development for long was ready for the big step

Fourteen years later and after the Indian Squash Academy had virtually triggered a revolution in the sport in the country with several highs to cherish and several memorable moments to recount, Maj Maniam, who was the SRFI Consultant Coach and the longest serving foreign coach for any sport in India, is ready to leave, return to his home country where he will take over as Director of the Squash Rackets Association of Malaysia.

“Bitter sweet” he submitted were his feelings as he looked back. Bitter because he had to leave his 'second home', so “emotionally attached” was he to Chennai, the ISA and his work and sweet because of all the wonderful experiences. “Coaching Indian children was something special. Perhaps it had to do with the Indian culture of guru-sishya tradition, the young boys and girls gave me lot of respect . They were hungry for knowledge. I enjoyed sharing my knowledge and experience with the coaches also. I established a rapport that enabled me to impart efficiently and effectively. The players interaction in particular gave me a special thrill. They bonded well. They were listening and implementing, giving me a feeling that I have to give more. I kept sharing and learning in the process. The joy cannot be described in words but will remain as memories,” he went on, reflecting his emotions.

Then again, for someone whose passion for teaching is well known (Maj Maniam, who is also the Director of Coaching and Development of World Squash has conducted over 100 coaching courses throughout the world), it was natural that he did not leave coach education untouched. “It was my desire to have good quality and competent coaches throughout India. When I came here just a handful of coaches were there but I am happy the country now has a panel of coaches who have gone through various coaching courses and are oriented towards structured coaching programmes,”he said.

Fourteen years may be a speck in history but in Maj Maniam's life an important chunk of his squash career. But time went fast, developments too kept pace and the ISA had become a full-fledged institution with a character and bonding that was the hallmark of its progressive outlook. Memories flood his mind of all that wonderful things that had happened, the achievements he was associated with and that include the Indian team's good show in 2002 world junior championship, Saurav Ghosal winning the British junior Open, Anaka bagging the Asian junior titles, Joshna and Dipika Karthik (Pallikal) picking the Commonwealth doubles gold, the men winning the Asian games team gold and Harinder Pal Sandhu excelling in the Asian beach Games besides the numerous other titles our players earned.

Understandably there is contentment in Maj Maniam's words. He is also happy that he is leaving the programme in safe hands from where he believes Indian squash will keep growing. Cyrus Poncha (national coach) his Sishya is “prime and ready, to continue the march” he said proudly.

“It is my desire to visit the Academy every year to see for myself how big the 'tree' has grown. I have told Ramy (Mr Ramachandran) himself about this,” he said with a smile. Then wistfully he talks of how blessed he was! For one who admits to being a non-believer in religioius practices, Maj Maniam still felt “blessed” was the right word to describe the turns in his life. “I remember and I used to tell this to friends too, it all started with my giving a lift to Mr Ramachandran in Guernsey, England when he was there for a WSF meeting. As it happened he gave a lift to my career in squash,” he said with a glint in his eyes. “I cannot also forget Srivatsan Subramaniam the then Joint Secretary who was heavily involved in my move to India.. . Not just that, when I decided to take this assignment I had the consent of all important sports functionaries in Malaysia, who sent me off with a pat on my back. Now despite this long absence, they are still ready to receive me with open arms.What more can I say!”

Squash also helped Maj Maniam weave his own little world of interests in India. He loved his golf in Chennai and his friends at the course; he enjoyed his doubles squash at the MCC courts and the friendly banter there. Also he was much involved in the Malaysian Association of South India as its President. “I will cherish every such moment,” he said. Maj Manian also loved travelling and India provided him plentiful opportunities. “I have been to several places but what will remain etched in my memory is the trip to Kashmir, Ladakh and Leh border areas which are cut off for civilians. My friend Brigadier Ray Mallik, father of Karan Mallik, a player whom I had trained, ensured that with necessary permission. Driving with armoured vehicles for protection and through snow-filled paths was just amazing. My wife, my pillar of strength, and I consider that probably the best experience ever.”

In short, he had just one word “memorable” to sum up his life in India as he bade farewell to his many friends, with a touch of Malay “Terima Kasih Dan Jumpa lagi” ( Thank you and see you again).