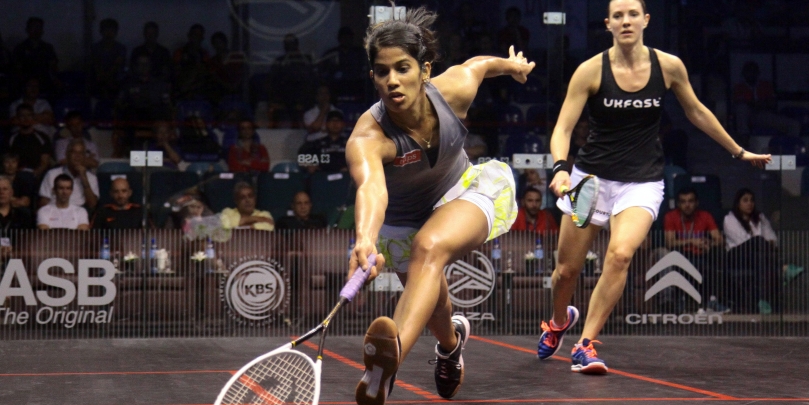 CHENNAI: Top Indian player and current national champion Joshna Chinappa touched a new high in her ranking by rising to number 10 in the world, the highest she has ever reached in her squash career. She is the second Indian in history to come into the top 10 in the world after Dipika Pallikal who had risen to this level in the December of 2012.

The latest happening, a jump by one rung, must certainly have been for the good show she had put up in the HKFC International tournament in Hong Kong towards May end. After the good show in the Asian championship in Cninese-Taipei, the same month, the Indian star had finished runner up in Hong Kong, losing to top seeded Joelle King of New Zealand but not before ousting the second seeded Annie Au of Hong Kong in the semi-final. Joelle is now a rung above Joshna while Annie is placed one step below the Indian. Joshna is now getting ready for the Indian national championship to be held later this month. She is on the look out for her 15th national championship title.

Meanwhile Dipika, who stood on place 18 last month, dropped a rung to 19 now. Dipika was a quarterfinalist at the Hong Kong tournament. The only other Indian in the top 20, Saurav Ghosal, remained on 17. Ghosal had been off action for a while nursing an ankle injury and is due to return to active squash at the National championship in Mumbai.