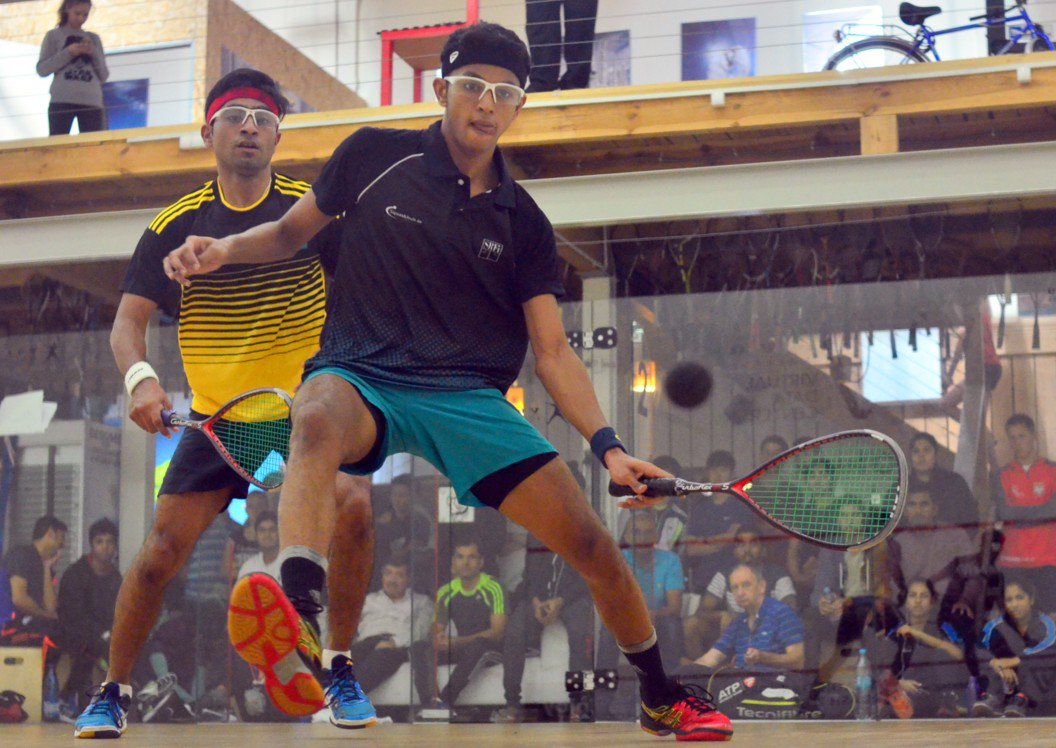 Bielska-biala (Poland): True to his potential India's Velavan Senthilkumar has fought his way to the quarterfinal of the ongoing World junior Individual squash championship being held here.

The lone Indian to remain in the field after Adithya Raghavan's exit in the pre-quarterfinal, the left hander from Chennai and Indian Squash Academy, played his heart out against the Pakistani opponent Asif Kashif on Monday to win in four games 5-11, 11-3, 11-3, 11-3. According to Deepak Mishra who has gone with the team as an Assistant Coach, Velavan was error prone in the first game and his 16-year old opponent who has already earned focus after beating higher ranked players enroute to the fourth round made capital of his rival's weakness.

But, he said, Velavan, who is seeded 9/16, was a different player from there on as he concentrated on attacking and often had his rival caught on the wrong foot. Asif made things easier for the Indian by planting himself on the backcourt most times and allowing Velavan to dictate the rallies and shots. After an uncertain start, Velavan completed a win in style to make it to last eight. One more win and he will have assured a medal (bronze) for India and himself. He plays Yow Ng Eain of Malaysia next. National coach Cyrus Poncha reacting to Velavan's good show, said “it was a fabulous performance. I am happy he is proving himself.  Lets hope he keeps the good work going and win a medal.”