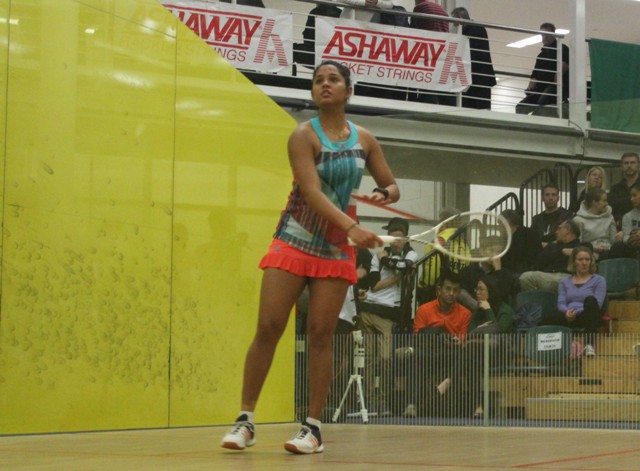 Fresh from finishing runner up in the Victoria Open a few days ago, Dipika had an initial scare from the Egyptian qualifier, before grabbing another opportunity for a tournament success.

Out to gain a good work out before the forthcoming World Doubles Squash Championship in Darwin, Dipika had a comfortable first round against wild card Jessica Turnbull (AUS) winning 11-1, 11-5, 11-8 but conceded the opening game to Misaki Kobayashi, the seventh from Japan in the next, which was the quartefinal round before winning 6-11, 11-6, 11-6, 11-6. Sachika Ingle was the only other Indian woman player who had taken part but she could not cross the qualification stage.

A host of Indians were there in the men's section including Harinder Pal Sandhu who is also featuring in the World Doubles. Sandhu was seeded six and went past two opponents, ElvinnKeo (MAS) and Evan Williams (NZL) in the first two rounds before third seed Abdulla al Tamini of Qatar downed him in the quarters. Kush Kumar went out retired in the earlier round. Ravi Dixit showed lot of character in a terrific come-back from two games down in the first round (Patrick Miescher of Switzerland) but unfortunate to meet the second seed (Campbell Grayzon of New Zealand) next exited in the second round while the Gulf-based Sandeep Ramachandran who has been doing a heavy tour of professional tournaments in Australia fought his way up the qualification phase but lasted just one round in the main draw.