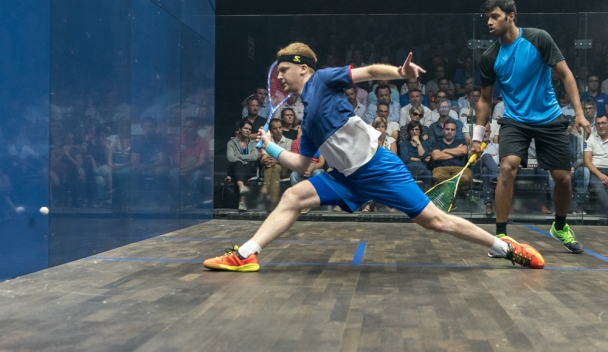 NANTES (France): Mahesh Mangaonkar had a long wait for his match, the first round in the 16-draw Open international de Nantes, a $25000 PSA event.

A win would have put him in quartefinal but pitted againt third seed Tom Richards of England, Mahesh fought his worth but ended on the losing side after 45 minutes. The English player won 11-4, 11-9, 11-8. The scores do not reflect the intense fight that the Indian had put in. According to information, Mahesh matched his rival for best part but some mistakes at crucial moments did him in. The Indian had led 7-2 in the second game with better control and length of returns. But Richards fought his way to restore parity and showed that extra grip to win out the game. The deciding third game also went to five points on level before the English lad pulled away.