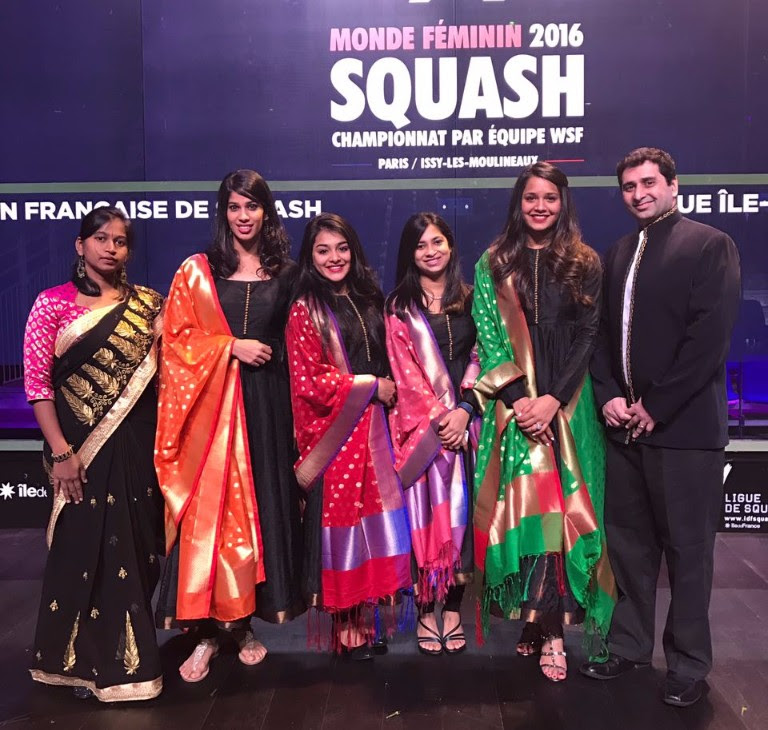 With a team blend with experience and raw talent, India went with hopes of doing better than the 14th placing in the previous edition. Joshna Chinappa and Dipika Pallikal Karthik were the hardened professionals in the side but Sunayna Kuruvilla and Akanksha Salunkhe were inexperienced. To that extent the country did well to made sure of bettering the previous show even if there was disappointment that it failed to make it into the last eight. Pitted against top seed and title-favourite Egypt, 8th seeded New Zealand and 13th seed Mexico in Pool A, the 9th seeded Indians' chances of a last eight berth hinged on their performance over New Zealand. A win over Mexico was on expected lines as was,it must be said, a defeat againt Egypt. Against New Zealand an intial flicker of hope rose, but unfortunately 1-2 defeat was the verdict with Joelle King inspired Kiwis possessing that extra. Joshna could not match up to Joelle, but eventhough Dipika set aside Megan Craig, Sunayna was far too raw for Amanda Landers Murphy. However in the 9-12 placings matches, India got past Netherlands, Japan and Canada to finish 9th in the world.