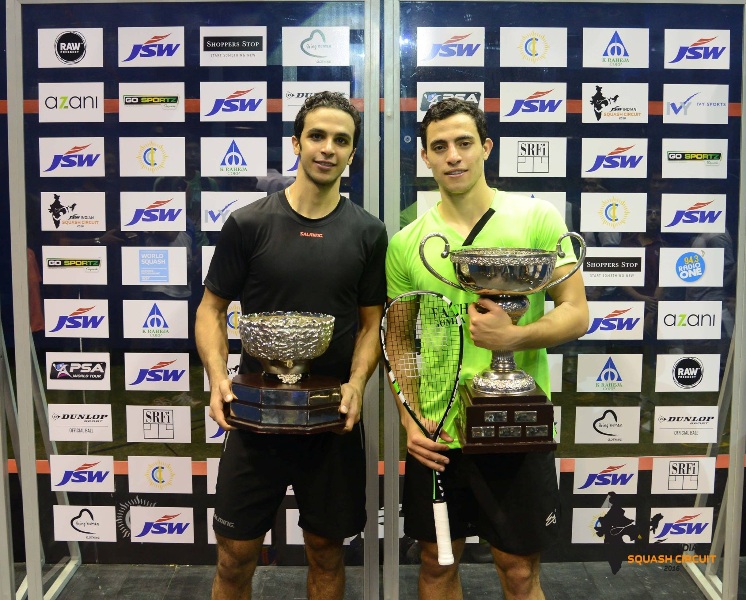 The $50,000 event brought probably the largest crowd to witness a squash competition in this city. In fact there was no Indian in the title round but two Egyptians, the eventual winner Fares Dessouky and Mohamed Abouelghar. The two provided classic moments and an insight of what Egyptian squash is now. With players from Scotland, Malaysia, England, France, Switzerland and Hong Kong in the fray asides Indians the Mumbai event was rich in every sense. From India Saurav Ghosal was there as fourth seed. Mahesh Mangaonkar came in as qualifier and Vikram Malhotra as wild card. But none really got far. Only Saurav progressed that too one round (quarterfinals), else it was a picture from any PSA event abroad. While Mahesh was consumed by 6th seed Alan Clyne of Scotland in the first round as was Vikram who fell to 8th seed Mohamed Reda of Egypt. Saurav struggled past qualifier Ivan Yuen of Malaysia in the first round and in the quarters next, 5th seed Nicolas Mueller of Switzerland in five games. Earlier in the qualification phase a host of Indians took part and that included Abhay Singh, Ravi Dixit, Abhinav Sinha, Sandeep Ramachandran, Velavan Senthilkumar, Harinderpal Sandhu, Ashish Keskar but none went into the main draw. Though it must be said Sandhu was unlucky to get injured and could not play the qualification final against Mahesh.