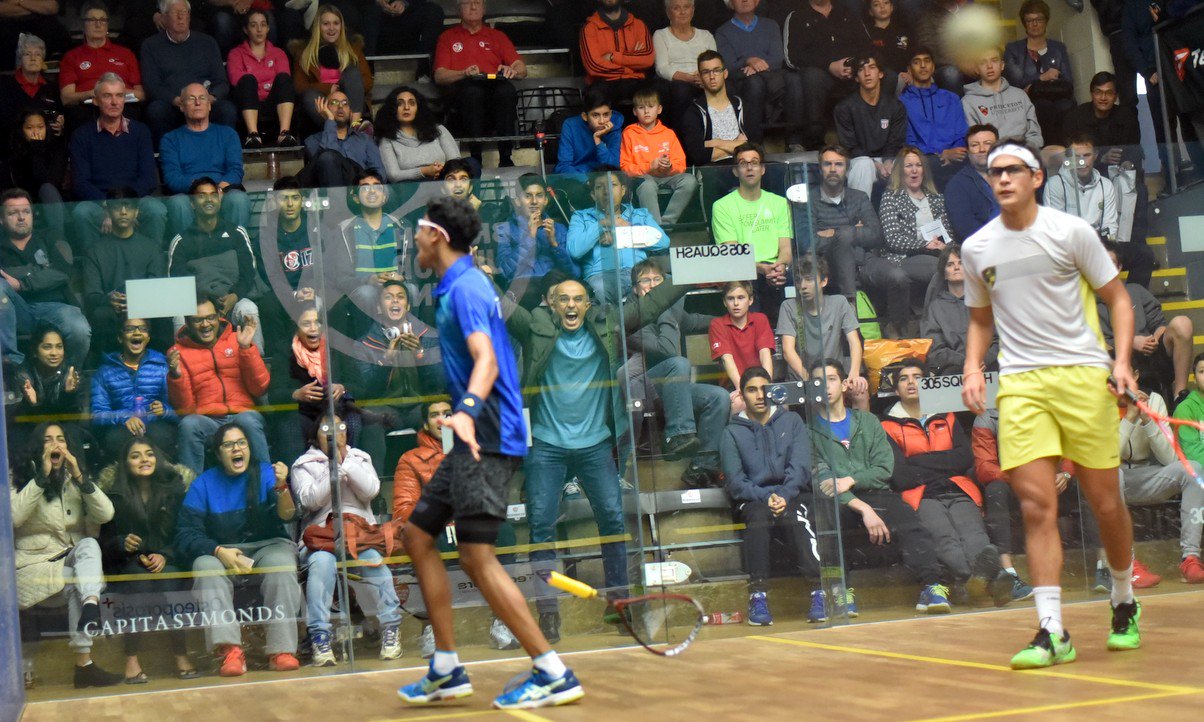 All three have moved into the semi-final of the boys' U-19 section and as of now one thing is certain: one of them will be in the final of this prestigious event. It was in 2004 last that India had last seen a finalist in this section and on that occasion, Saurav Ghosal, went on to win the title. Only second seed Egyptian Youssef Ibrahim stands in the way of India making a clean sweep of the U-19 section. As per the semifinal line up, Youssef faces Velavan and the other two _ Adhitya and Abhay_ face off for the next spot in the final. “This is the best thing that has happened to Indian squash in recent times,”said national coach Cyrus Poncha, pleased that there was every chance of an Indian winning the title again.

All this happy tidings late on Wednesday emerged after some spirited display by the trio, all of whom are trainees of the Indian Squash Academy in Chennai.

Abhay was the first to progress after a tremendous come back from two games down to get past 5/8 seed Kyle Finch of England. The two had met in the world juniors and there the Indian had come second best. Things seemed go the same way when Abhay changed gears with a stupendous fight back. Adhitya who had reached the semi-final in the US Open just a few days ago, showed his mettle again dowing the giant-killer Andrew Douglas of USA. Andrew had come to the limelight after he ousted the top seed and defending champion Eain Yow Ng of Malaysia.

The only seeded among the three Indians, Velavan (5/8) then exhibited his potential while ending the run of ¾ seed from France Victor Crouin in four games after losing the first.