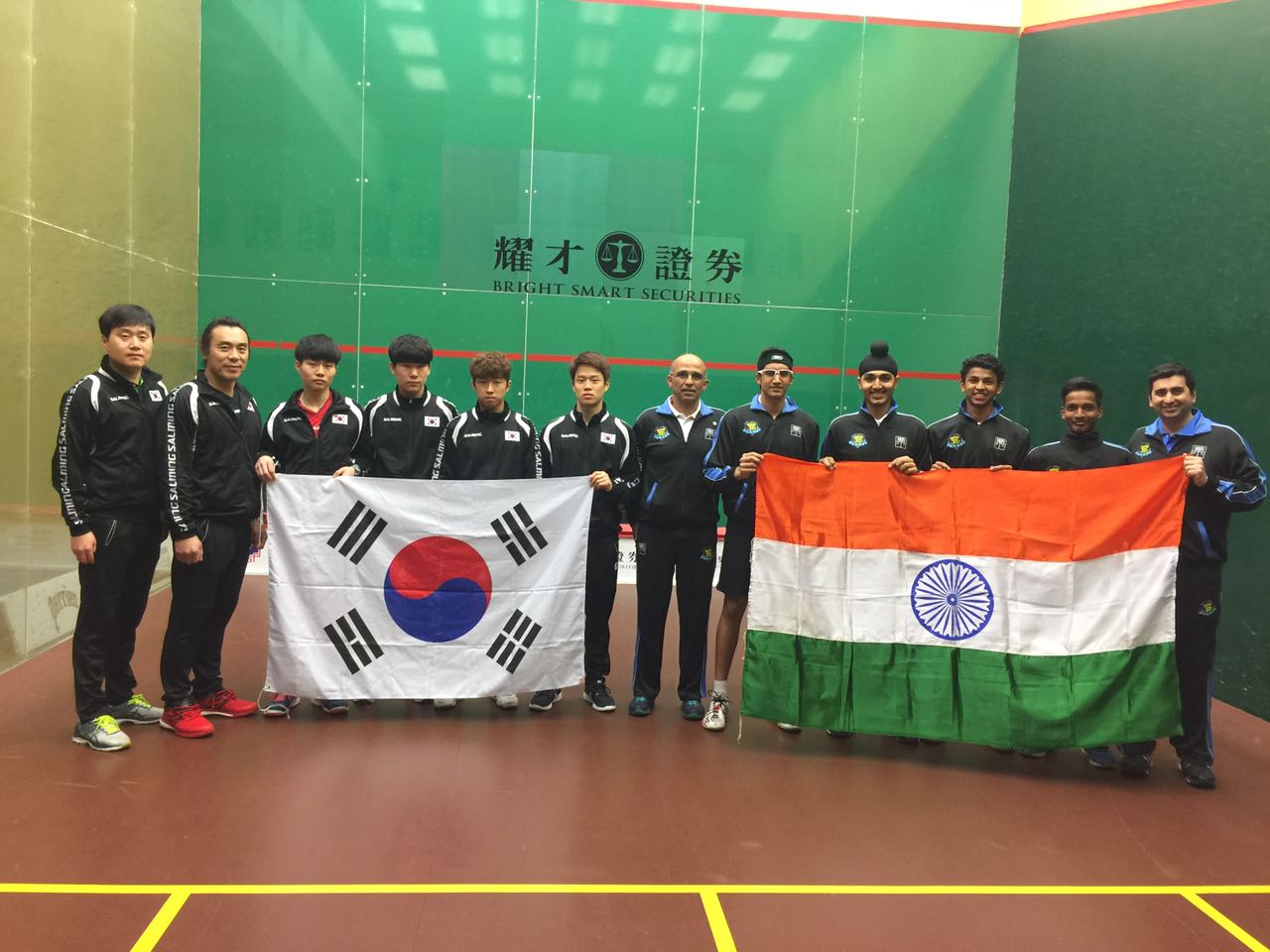 HONG KONG: India boys, seeded number one, began on a positive note on the opening day with two wins, over Korea and Japan, in the Group A league in the Asian Junior team squash championship here on Wednesday. The girls will open their account tomorrow.

India began with its match against Korea and as per the order of play, the third player Aryaman Adik, playing his first match for India came on view. According to National coach Cyrus Poncha, who is with the team, Adik was a little hesitant in the first game against Seong Chan Park. The points went neck and neck but once he grabbed that game, Adik was well in control, said Poncha as he went on to win the first match. Velavan Senthilkumar was the next to come. He started off well, had a good second game but in the third game things went close before the Korean, Handong Ryu suffered a bleeding injury. This came as a distraction for the Indian as he lost that game but regained touch in the fourth to give India a winning 2-0 margin. In the inconseqeuential third match, Abhay Singh was beaten by In Woo Lee but India won the tie 2-1.

Later in the day, India swamped Japan 3-0. The only change in the side was Ranjit Singh coming in for for Adik and played the first match which proved an easy affair against Shota Ogata. Velavan then ousted Kota Matsumoto and Abhay Singh set aside the challenge of Naoki Sone to make it a satisfying day for India.