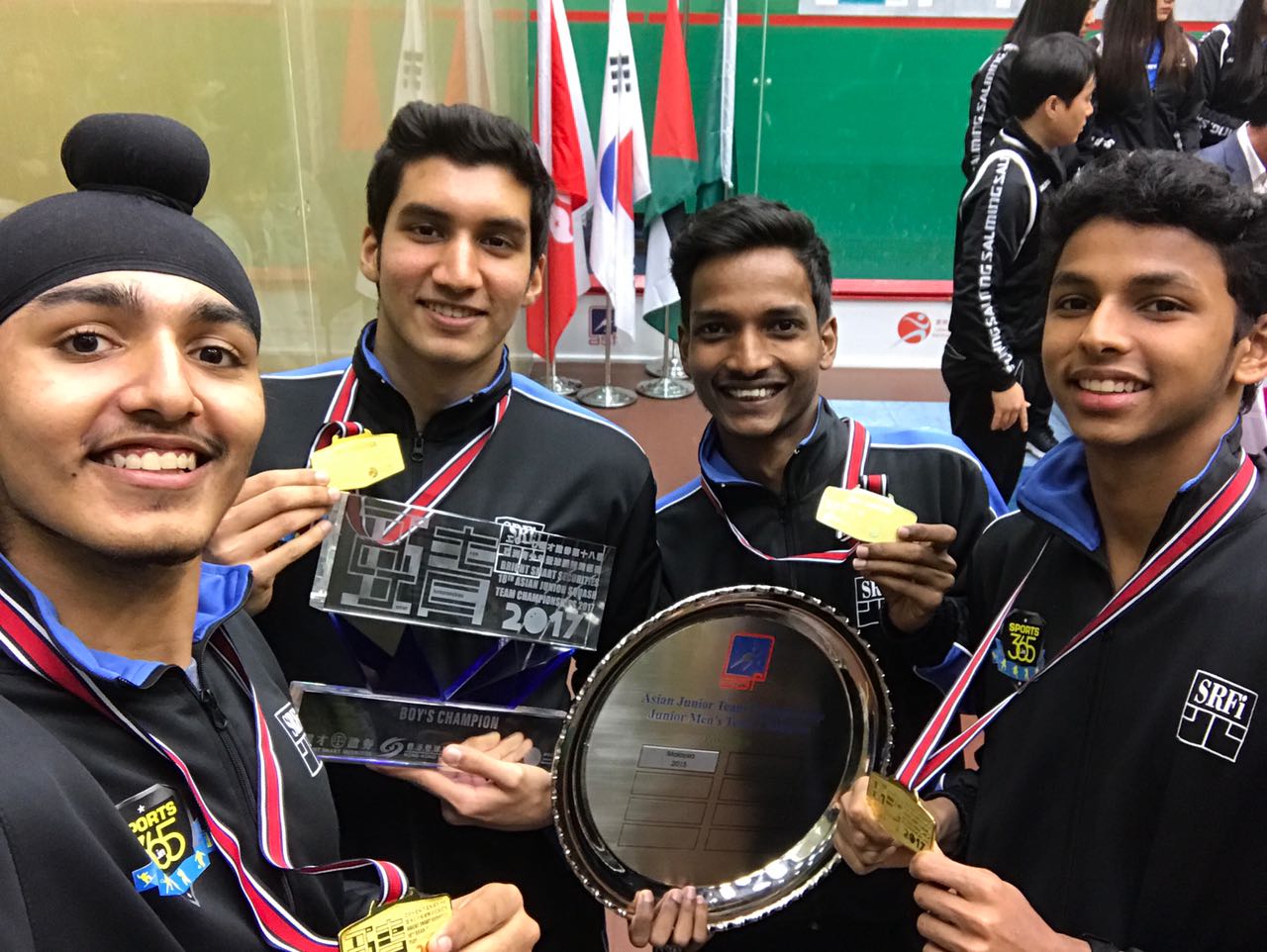 Hong Kong: Indian boys scripted a grand gold medal win in the Asian junior team squash championship by beating Malaysia 2-0 here on Sunday. This is the second time that India is winning this crown, the earlier being in 2011 in Colombo.

Though in terms of seeding, India as top seed and Malaysia as second seed, it seemed on expected lines but the title-match always had that tricky element to tilt the balance either way. But what helped India's cause was the day's order of play which saw the number one player Velavan Senthilkumar enter the arena. Fresh from his Asian individual and British Junior Open successes, Velavan was the cynasure of all eyes. The young Indian, easily the best from India in recent times, did not disappoint as he went about in quick time to wear out the Malaysian Ong Sai Hun. According to the National Coach Cyrus Poncha, the astute youngster first stretched his Malaysian opponent and left him tired early to take the first game. “From there he hiked the pace and the effect was Hun could not handle the intense pressure. Velavan won the next two games conceding just 2 points in all to give India a bright start,” he said.

Next came Abhay Singh, who has been improving leaps and bounds and this was the moment that sought his best. The Chennai-based ISA trainee looked hesitant to start with against Darren Rahul, lost the first game and then from a 7-2 lost the second too. But never to be underestimated, Abhay sprung back strongly and bringing in an element of aggression in grabbed the third game but once again he was in doldrums in the fourth. But he clung on fighting, even saved a match point to turn the game around. That undid his opponent as Abhay took control, positioned himself deeper in the forecourt in the deciding fifth game to keep volleying winners against the tiring Malaysian and carve out a sensational win and bring India the gold medal-winning margin.

“It was brilliant stuff from the Indians,” said Poncha while prasing Velavan for his near flawless play and Abhay for his gritty fight till the end.

The SRFI Patron Mr N. Ramachandran expressed happiness over the Indian show. “After the British Junior Open success and now the Asian championship, it is clear junior squash in the country is on a firm foundation, thanks to the structured training that was started more than a decade ago. My congratulations to the entire team for winning the Asian crown again. ”

In the girls' section, India bt Chinese Taipei in its last match to finish 6th overall.