Joshna in quarters in World championship 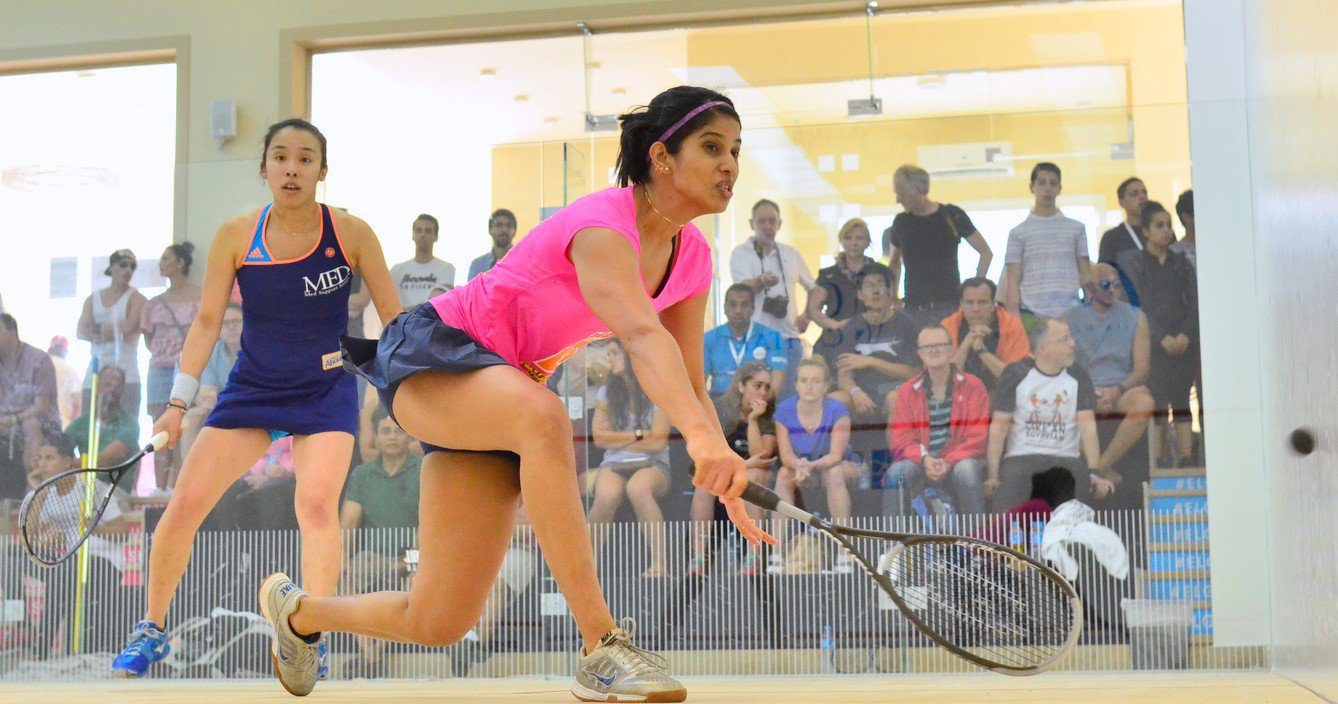 El Gouna (Egypt): India's highest ranked player in PSA circuit, Joshna Chinappa is making waves. The ace player has just made it to the quarterfinal of the PSA World championship being held here by beating the world number nine Alison Waters of England on Monday. The world ranked 14 Indian won 11-5, 7-11, 9-11, 11-8, 11-9.

Joshna, seeded 12, had made a cautious start to this tournament when she got past Japan's Misaki Kobayashi in straight games 13-11, 11-8, 12-10. The win put her face to face with the 8th seeded Waters who has never lost to Joshna in their five earlier meetings, the last being nearly two years ago. But this was a different day and a different occasion. Joshna made a good beginning by annexing the first game comfortably. The contest rose from there as Waters retaliated by taking the next two but Joshna was not to close shop. Known for her ability to fight back but sparingly seen her enact that in recent times, the Indian showed her intentions in no uncertain terms to control the strokes and finding the placements to emerge victorious in 66 minutes.

There is still more work to do. Her next opponent could be Emily Whitlock (England) or second seed Camille Serme (France), both tough opponents. Joshna has had only one win over Emily but Camille was the winner in previous four meetings. Still for Joshna, who is making it to the quarterfinal for the first time since her first appearance in 2008, this was a moment to relish for it could not have come a day too soon with the Asian Championship just a couple of weeks away.

The other Indian, Dipika Pallikal Karthik was unlucky to face the redoubtable Nicol David of Malaysia in the first round and went out 11-9, 12-10, 11-6