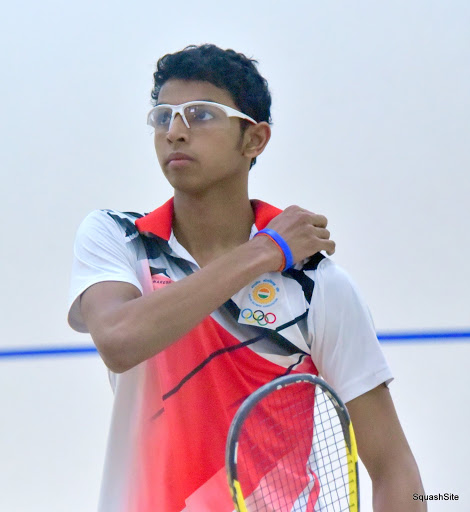 Johannesburg: India's junior champion Velavan Senthilkumar, determined to make an impact in the senior ranks is well on the way of doing that having reached his maiden PSA final in the Parkview Open, a PSA world tour event here on Wednesday.

Velavan who had started as a qualifier and even ousted the top seed Aqueel Rehman of Austria in the quarterinal, was in great form against the third seed Mark Fuller of England. Finding the right length and playing an attacking game, the Indian had his rival pinned to the background. Though the fight went on even ground initially the English player lost the momentum soon and Velavan was quick to seize the initiative and carve out 12-10, 11-7, 11-9 win. He meets an unseeded Egyptian Mohamed Elsherbini in the final.

Elsherbini had earlier stopped the other Indian second seed Harinder Pal Sandhu in the second semi-final in straight games 11-8, 11-6, 11-5.