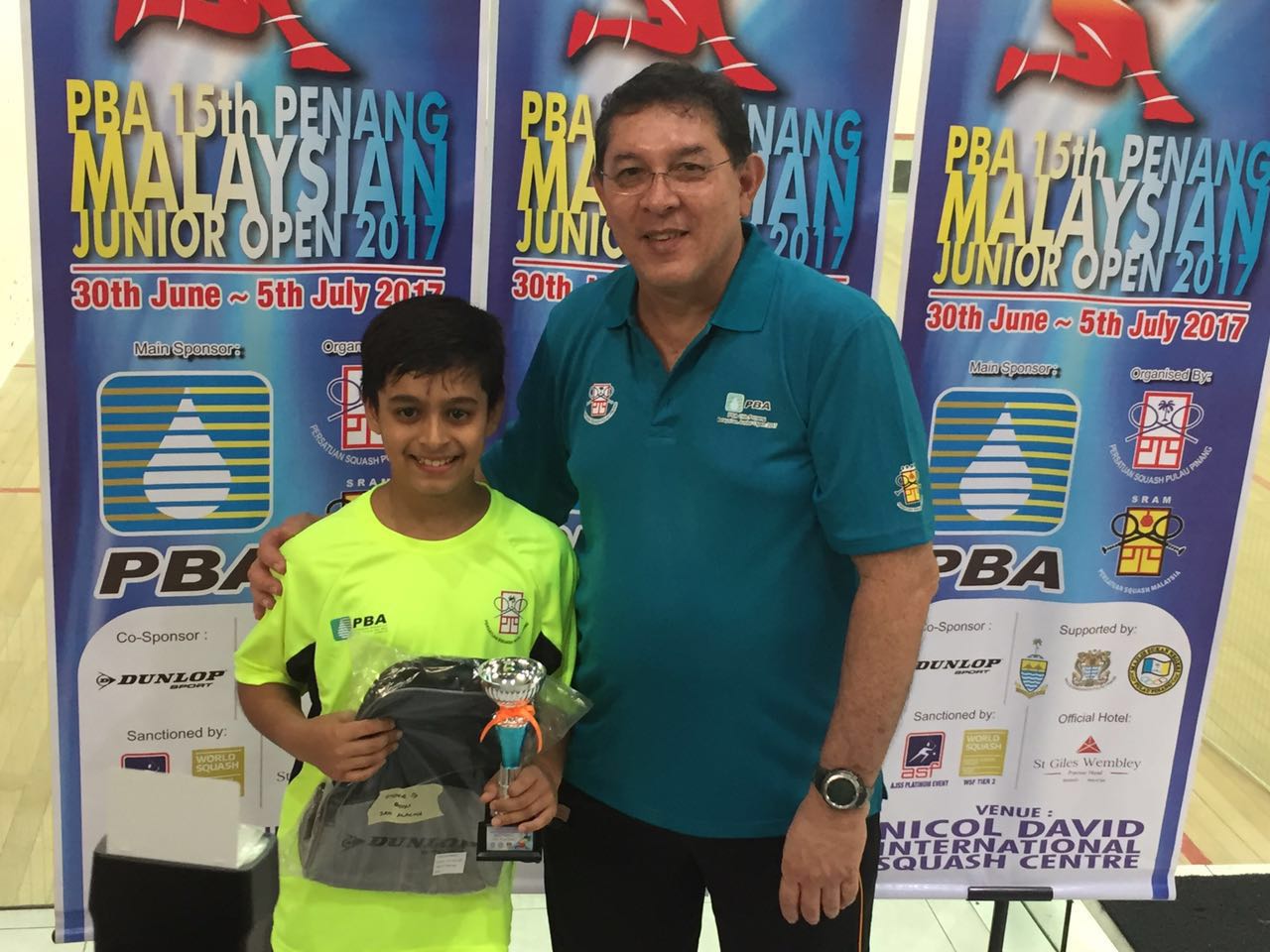 Penang (Malaysia): India's top U-13 player, Yuvraj Wadhwani took the spotlight among the bunch of Indians who had taken part in the Penang Junior Squash Open which concluded here on Wednesday.

In all there were ten Indians (boys and girls) in the fray in various age categories. However the Gondi siblings, Rohan and Amita played under USA banner. In that Rohan, 5/8 seed competing in the boys U-11 category won the title beating the second seed Wong Lee Hong of Malaysia 11-5, 14-12, 11-3 in the final. His sister Amita finished fourth in the girls U-17 category.