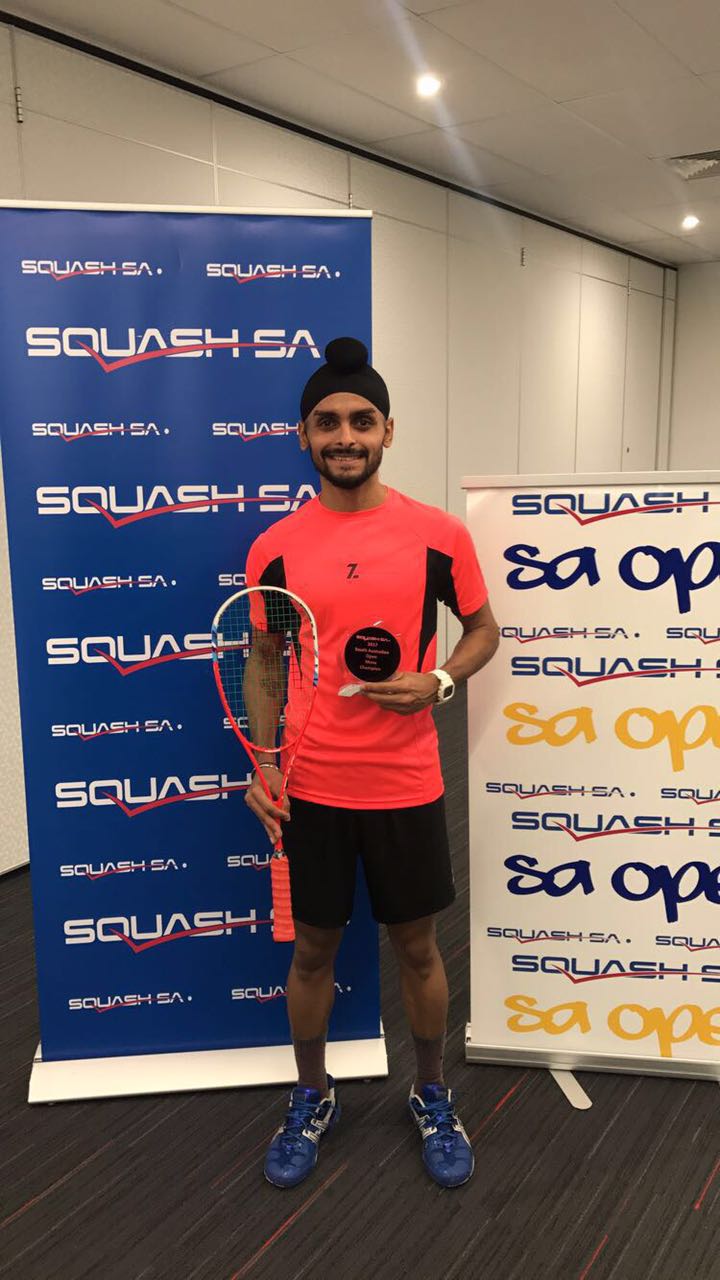 Adelaide: Harinder Pal Sandhu did it again, winning his third PSA title in a row after taking the South Australian Open title here today. The third seeded Indian seemed well in line for success in this PSA world Tour event after he edged out the top seed in the semi-final yesterday. In the final Harinder expectedly defeated Rhys Dowling of Australia, the fourth seed in straight games 11-8, 12-10, 11-4.

The 40 minute affair had less of fuss but more of intent as Harinder sped past to another personal glory. It was in May, his previous outing, that the Indian had won both the Makati Open in Philippine and the Malaysian Tour title in Kuala Lumpur. With the current success Harinder has now eight PSA titles in his kitty.