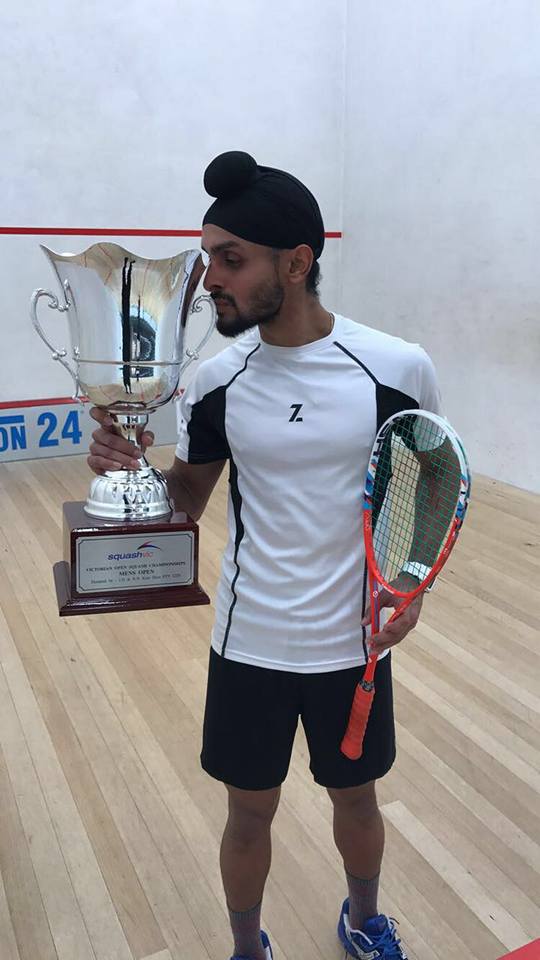 Melbourne: There was no stopping Harinder Pal Sandhu as the Indian ace annexed the Victorian Open title here on Sunday for his fourth PSA title in a row since May. Overall the Indian has in a short time swelled his kitty to nine titles, the highest by an Indian male player in the professional circuit beating Ritwik Bhattacharya's mark of eight earlier.

In the final, the third seeded Harinder beat the top seed Rex Hedrick of Australia, a player who is several rungs above the Indian in world rankings, 12-14, 11-3, 11-4, 11-7. Except for the first game which went close and in the Australian's favour, Harinder was at his best thereafter as he combined power and precision to wear down the local favourite in 77 minutes. This has been an amazing 17-match unbeaten streak for the Indian starting with the Malaysian Tour success in early May. The Makati Open in Philippines and the South Australian Open victory followed before this latest success.