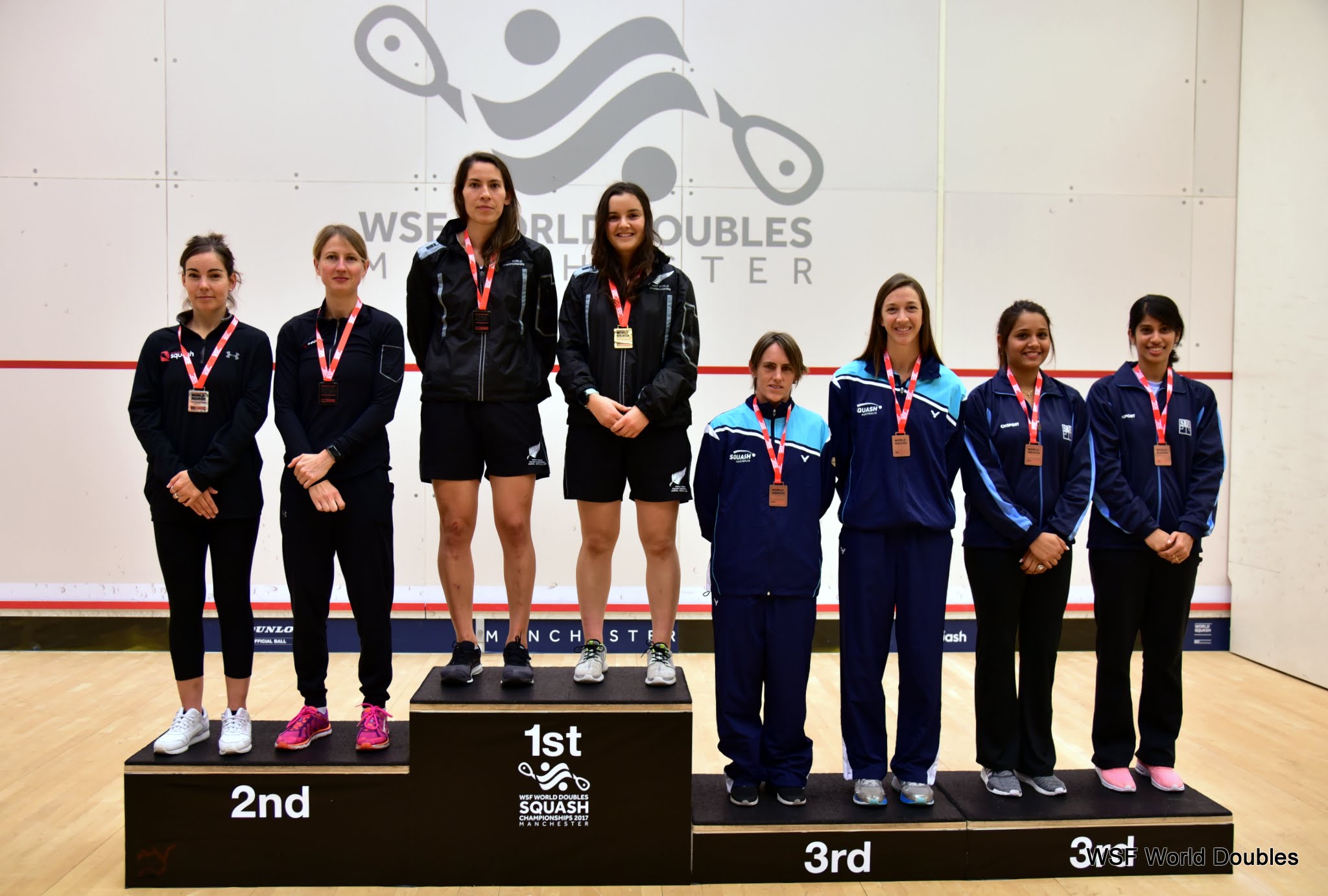 Manchester: It was a day of disappointments for India in the WSF-World doubles squash championship here on Friday. The lone hope of Joshna Chinappa and Dipika Pallikal Karthik doing something ended in failure in doubles semi-final when they flattered to deceive against Jenny Duncalf and Alison Waters.

The English duo won 6-11, 11-6, 11-8. After winning the first game, the Indian pair, the second seed looked good to do more. But the brief interval before the second game commenced proved a big game-changer for the host pair. Both Jenny and Alison tightened their defence and varied the strokes to catch the Indians on the wrong foot mostly in the forecourt. The Indians though matched in the rallies failed to make progress and went down fighting till the last.

The loss notwithstanding Joshna and Dipika, as the semi-final loser get the bronze medal.

Joshna and Dipika had earlier come back from a game down to beat the lower seeded Canadians Samantha Cornett and Nikole Todd 10-11, 11-6, 11-8 last night and that ensured that India will return with one medal atleast.

However the happy tidings remained limited when things began to turn awry today with the pairs Saurav Ghosal/ Dipika and Vikram Malhotra/ Joshna Chinappa crashing out one after the other in the two quarterfinals held concurrently on side by side courts. The pity was that both these pairs had the chance of emerging winners but lost out in the final stretch of the extended contests. The second seed Saurav and Dipika were pitted against the top seed Paul Coll and Joelle King (something that should have come in the final in keeping with the seedings but the New Zealand pair had finished the next best in the league phase and thus this unexpected early meeting). The contest was close from start and turned closer as it warmed up. After the pairs had traded a game each the Indians had edged ahead in the decider before slipping at the business end. Coll and King won 11-7, 10-11, 11-9.

Similar was the fate of Joshna and Vikram against the Australians David Palmer and Rachael Grinham. The Indians bagged the first game and gave fair indication of being on song. But as the match wore on, the points ran close. The Australian pair inched ahead in the battle of rallies and as luck would have it Joshna and Vikram gave in. Palmer and Grinham won 8-11, 11-9, 11-9.