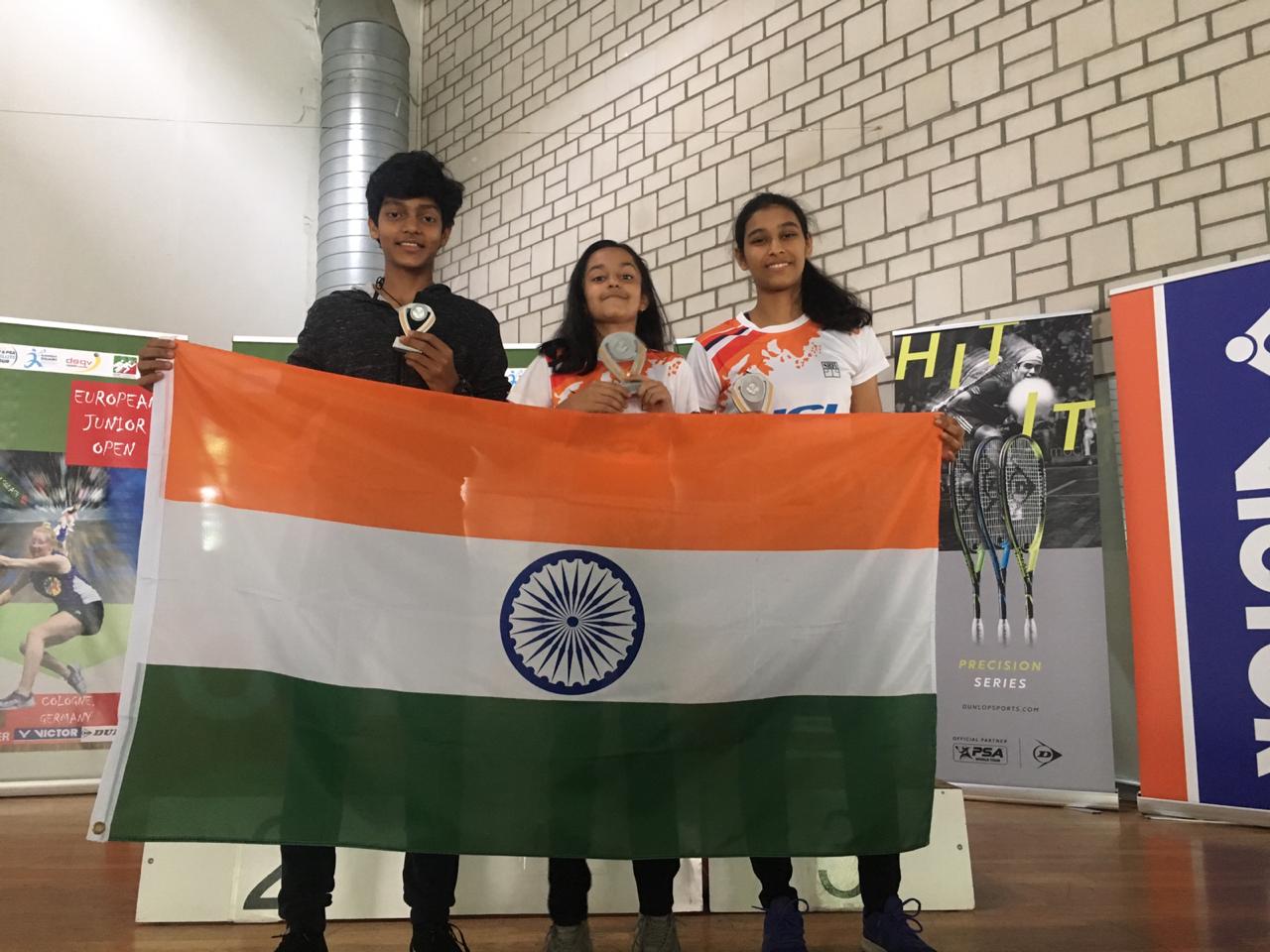 Cologne (Germany): After the spark witnessed in the Asian junior squash championship in Macau towards June end, comes the latest good news from the European junior open with two Indians Anahat Singh and Yuvna Gupta claiming the girls U-13 and U-15 titles respectively.

What makes the success doubly creditable is that both these players had started the event unseeded and emerged triumphant in the end. A finalist in the Asian event, Yuvna defeated 5/8 seed Amal Izhar of Canada 11-5, 10-12, 11-4, 11-4 while Anahat, the current British Open champion and bronze medallist in the Asian, beat 5/8 seed Avery Park of USA in straight games 11-7, 11-3, 11-4. Added to this was the bronze medal which Paarth Ambani won in the U-15 boys section by finishing third. He beat Qatar player Yousef Farag 11-8, 11-8, 14-12. Ambani had won a bronze in the Asian meet too.

O ver 400 players from 47 countries had participated in this event which ended late on Monday.

“All three are part of the SRFI_HCL squash podium programme that provided structured training aside from wide ranging inputs to the junior players and I am delighted they have gone on to win medals in this prestigious event,” said Secretary General Cyrus Poncha.