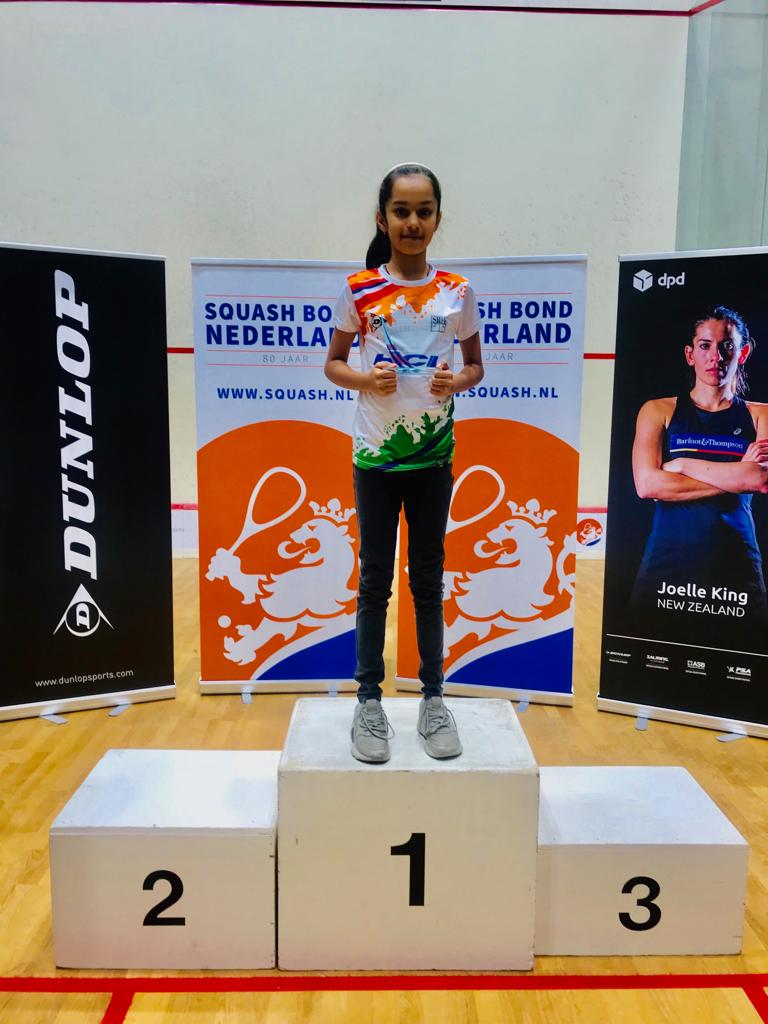 Amsterdam: Two Indians courted success in the Dutch Junior Open Squash on the final day here late on Sunday. Anahat Singh, the second seed won the girls U-13 title while Neel Joshi, the 5/8 seed annexed the boys' U-17 crown.

The British Junior Open winner, Anahat's was the longest match of the day as she found a tough customer in French girl and lower seeded Lauren Baltayan. The match went full distance, with Anahat losing the advantage of a two game lead before coming to her true colours in the deciding fifth game. Anahat won 11-6, 11-7, 9-11, 7-11, 11-8. Neel's that way was slightly restricted but a well fought out one. Neel had lost the first game before bouncing back to beat the English opponent Hassan Khalil 10-12, 12-10, 11-4, 11-6.

India also had another medal winner in Paarth Ambani who finished runner up in the Boys' U-15 section losing to the top seed Rowan Damming of Netherlands.

For the bunch of Indians who had come for this event it was fair pickings in the end with Kaavya Bansal in the U-15 and Amira Singh in the U-17, both girls, adding up to the good performance overall by making it to the semi-finals.